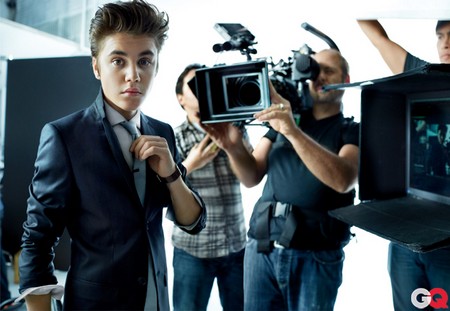 It seems that an apparently nasty Twitter message from Justin Bieber indicates that he has broken up with Selena Gomez!  Selena has been very very busy filming in scenic Bulgaria working on ‘The Getaway’ while Justin has been super busy as well.  Could the time apart for the youngsters be putting just too much stress on the relationship?

Or could the problem be that Selena is growing up too quickly for Justin?  Selena has adopted a sexier edgier image lately and some have speculated that the new look may not be for Justin.  Furthermore, Selena was rumored to be crushing on James Franco during the filming of ‘Spring Breakers’ in Florida.  No way Justin could appreciate that…  Have the signs of an impending breakup been staring us in the face?

According to JBZ Justin recently tweeted an ominous message:

Alot of Beliebers have been asking if Justin and Selena have broken up? to be honest we don’t know. JELENA are super busy right now! Selly is currently in Bulgaria, shooting her upcoming movie“The Getaway”, while Justin is in the US working hard and focusing on his album BELIEVE.

Just few hours ago Justin tweeted a message about moving on! “thank you for the time i had with you but i have to move on now..” but he deleted it right after.

Thank you for the time I had??? I have to move on now???  WTF?  Is it all over but the crying between the world’s most popular teen idol and his girl?  What will Selena do without Justin to support her career.  Let’s face it – would you know Selena Gomez – would she be so famous – if not for Justin Bieber?  I don’t know… ask Kris Humphries.  What do you think?  Let us know in the comments below.