How Can Jessica Simpson Still Be Pregnant 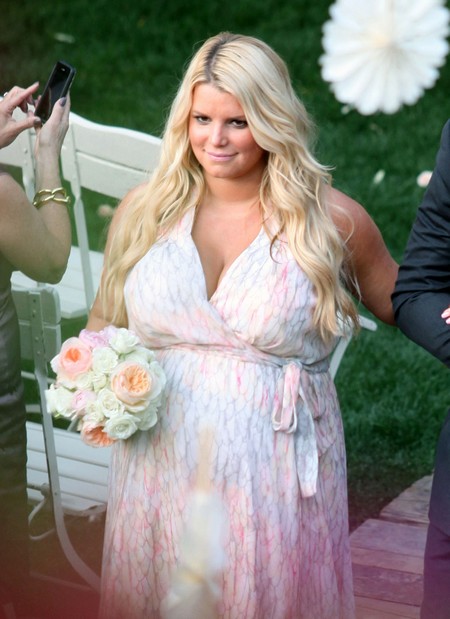 Is it just me or does Jessica Simpson’s pregnancy not seem like the longest pregnancy ever?  I keep on expecting to hear news of her daughters birth but the day has not arrived – it makes me ponder the question, was she ever really pregnant in the first place?  If she isn’t pregnant then she has the world’s largest ever growth on a human in her abdomen!

Ok, of course she is pregnant – but seriously, she’s been preggers for at least 12 months.  The gestation periods for humans is approximately 9 months – 266 days to be exact – but it seems Jessica has been ‘with child’ longer than that.  I checked the science and it seems that the Llama comes closest to Jessica’s apparent gestation period!

The singer-turned-TV star-turned fashion empire queen assured fans via Twitter that she was indeed still pregnant but keeping a low profile.  Her absence from the spotlight probably comes after criticism over her weight gain over the past few months.  At the time she had told reporters that she was due any minute, so it’s no wonder the public has been speculating about the birth.

She tweeted to her fans over the weekend, “To everyone who keeps congratulating me on the birth of my baby girl… I’m still pregnant!! Don’t believe what you read.”

Well good luck girl, I hope all goes well for you… sooner than later.