Jennifer Lawrence Protests ‘I Am NOT Fat’ 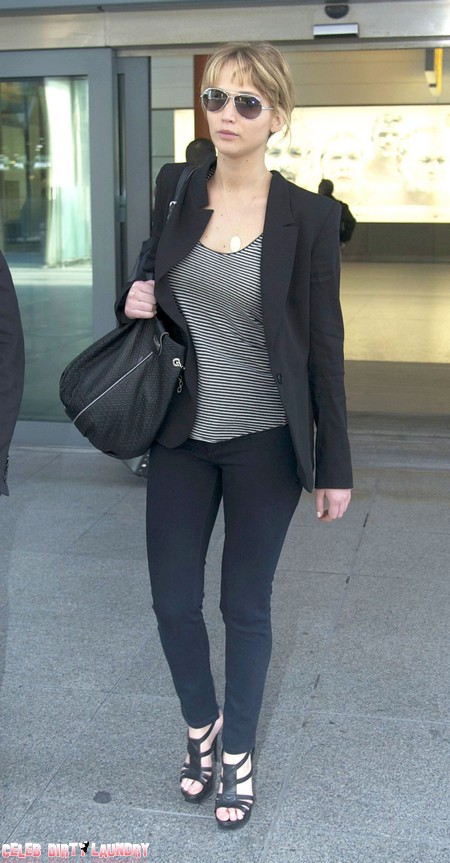 Jennifer Lawrence is not fat and that is that!  The talented actress has laughed off suggestions that she looks “chubby” in ‘The Hunger Games’.  In fact if you dare suggest that she is too heavy you might get an arrow between the eyes.

Jennifer plays the lead character Katniss Everdeen in the movie and she thinks it’s “hilarious” that people are suggesting she is too chunky to play the character, as she thinks it promotes an unhealthy lifestyle to young girls.

A source close to the star told the Chicago Sun Times newspaper:  “Jennifer told me, ‘This is hilarious. First, people say how so many actresses in Hollywood look anorexic, and now they are criticizing me for looking normal.’”

“Thin body images are too often adopted by young girls and women thanks to what they are constantly being shown as being attractive.”

Comments from the moronic film critic Todd McCarthy in which he referred to Jennifer as possessing “lingering baby fat” and Jeffrey Wells idiotic comment calling her a “big-boned lady” unleashed a torrent of furious responses from ‘Hunger Games’ fans.

Related: Disgusting Reports Of Jennifer Lawrence Being ‘Too Well Fed’

Jennifer does her own thing and is not like many other women in that she doesn’t always need to be posing and trying to look beautiful.  She missed out on a modeling job once after she took part in a game of football for a group shoot for Abercrombie & Fitch and played too hard – the result was that that her face wasn’t included in the final adverts.

Jennifer explained:  “All the other girls are looking cute, modeling while playing football, and my face is bright red, my nostrils are flared, and I’m mid-leap, about to tackle this girl.  I’m not even looking at the camera. The other girls were like, ‘Get her away from me.’”

Could Jennifer actually be that rare Hollywood commodity – a real person?  We think so and we love and support Jennifer.  What do you think?  Let us know in the comments below.