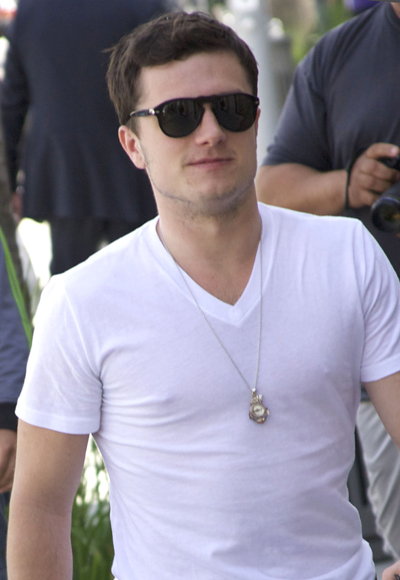 Hunger Games star Josh Hutcherson seems like the last person in Hollywood to get plastic surgery, but the 19-year-old recently Tweeted that he broke his nose and had to undergo a rhinoplasty to fix it.

Josh was recently spotted by People Magazine, sporting a tell-tale drainage bandage under his nose, but was his nose job purely for medical reasons? Or could he have pulled an Ashlee Simpson on his fans?

This isn’t the only controversy Josh has found himself in recently. The underaged actor was seen buying a bottle of whiskey at a grocery store in LA with a fake ID as well…