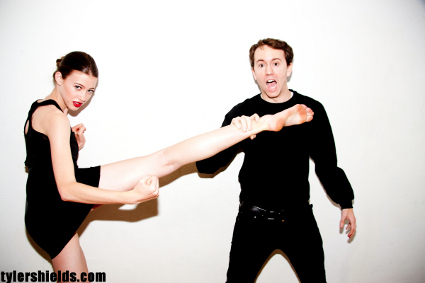 The Hunger Games film is due out later this week and, of course, we’ve heard loads about actors Liam Hemsworth, Josh Hutcherson, and the amazing Jennifer Lawrence (Did she have an on set fling? Find out! Click Here!) . . . but what about their partners on the film? What have they been up to? Well, as it so happens, fellow actresses Leven Rambin, who plays Glimmer, and Kalia Prescott, who plays The District 3 Tribute, have just gotten the Tyler Shields treatment. And, let’s just say, faces are kicked and some braided leather is involved.

Do we ever get tame art from Mr. Shields? Of course not. And that’s just the way we like it.

Leven’s shoot with Tyler seems slightly more laid back than the, for example, Lindsay Lohan shoot he did a while back; however, it still portrays that grittiness/edginess he’s become known for. 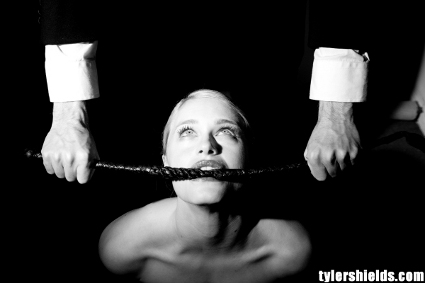 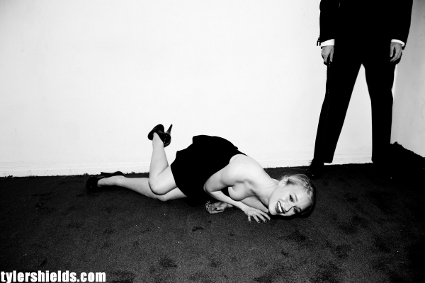 On the the topic of Leven’s photo shoot, Tyler writes on his website:

Leven is someone I have shot many times and she said this is her favorite shoot we have ever done this is just a tease more to come of her as the movie gets closer!

Tyler’s shoot with Kalia Prescott is just as entertaining/exciting, and filled with lots of movement and intense energy. It’s very physical.

Kalia Prescott is in the up coming film Hunger Games which comes out this weekend and I have a feeling it might do ok at the box office… Watch out for this one she’s going to do well and also watch out for her she will kick you in the face! 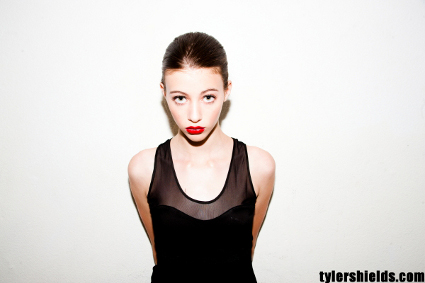 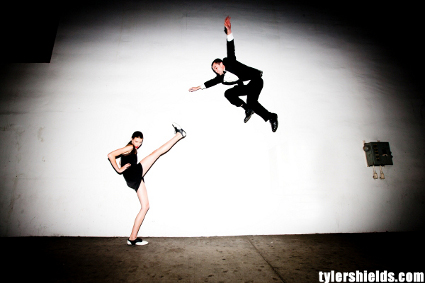 So, what do you think of these new pictures featuring The Hunger Games stars? Let us know what you think! Be sure to hop on over to www.tylershields.com to check out more great celeb photoshoots!