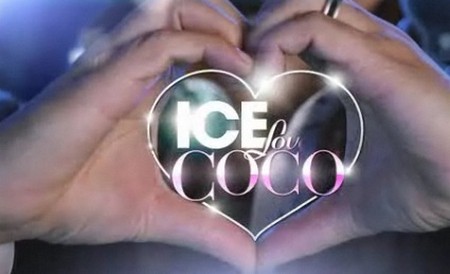 Tonight is the sixth episode of the second season of Ice Loves Coco and its called ‘Balancing Act.’  Stand by as we live blog the episode with all the up-to-the-minute details.  On last we saw the show Ice and Coco were apart for more than 24 hours for the first time in their relationship when Ice performed at a concert in Atlantic City and Coco helped with a fashion show in Arizona. If you missed the episode you can read our full recap HERE!

Ice-T and Coco Austin’s reality show is a huge hit but it almost didn’t happen because Ice was afraid it would ruin their relationship. Thankfully, it just strengthened their love and it shines through on Ice Loves Coco, even with their 21-year age difference!  It really is a not to be missed show, much better than most reality shows. The two have been married 10 years and they are adorable together.

RECAP: Jonathan, the casting director for Law and Order goes over to see Coco, he is in a jam, he can’t find an actress to play Venus. He goes on to tell her that he thinks she would be perfect for the role. Coco is excited, she has acting in her blood, her parents met on the set of Bonanza.

Later that day, Ice tells Coco that his show is not doing him any favors, they obviously think she is a great actress. Ice loves the idea of Coco working more, he laughs that he can retire and him and Spartacus can chill together. Coco then tells Ice that she wants to get Spartacus a mate.

Coco is gone shopping with Soulgee, for shoes and she gets a call from Jonathan that she will not only be playing the role of Venus but she will also be kissing someone named Mercury.

Coco is back home with Ice, she is eating Apples with peanut butter on them. Ice tries it and makes a funny face. Coco goes on to tell him that she has to kiss someone named Mercury for her part on the show. Ice realizes that she has to go along with the script, because it’s her job.

It’s two days before Coco is going to shoot her scene for Law & Order, she is with Soulgee, practicing her acting skills. Coco thinks she needs to brush up on her skills and heads to an acting class and the one she heads to is really scary. The acting coach tells her what separates her from millions of other blond Venus’s in the world is her attitude. He gets Coco to stand up in front of the group and it doesn’t look like he’s helped her much.

Coco and Ice are at a charity costume party for dogs and Spartacus may have found his mate, Coco thinks it was love at first sight. Both dogs are sniffing each other and obviously loving it. Both owners decide they have to meet and pursue a relationship.

Back at home, Coco receives her script for Venus. It is three couples overcome with lust, not just a kiss.

Ice is at work and his co-worker, Kelli starts teasing him about another man kissing Coco.

Coco, Ice and Spartacus head over to Winnie’s house, she is the bulldog Ice met at the costume party. Both dogs play with each other, share a meal.

Coco is getting all made up for her role as Venus. The actor who plays Mercury is outside…it’s a woman. Coco is shocked that it is a woman and not a guy, but Ice is really happy about the situation although he is pretty sure this episode is going to have a ratings hike.

Coco is on the platform ready to do her scene, she is nervous because she knows everyone in the room and when she kisses Mercury, OMG she carries it out in one take and everyone is shocked.

At home, Coco and Ice watch her on tv and both love it. Spartacus is sitting in and watching with them as they play it again.