Is Billy Bob Thornton’s New Movie A Reflection Of His Relationship With Angelina Jolie? 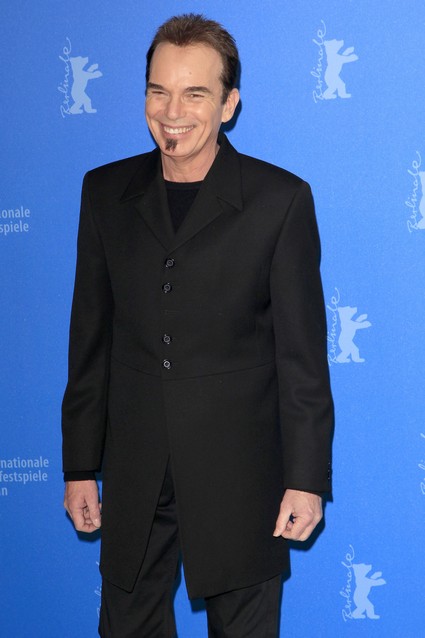 Remember way back in the ol’ days when then-married couple Billy Bob Thornton and Angelina Jolie wore vials of blood around each other’s neck? Not to mention all their raunchy public displays of affection? This was long before Angie became a mother and humanitarian and the woman we see today.

Needless to say, the wacky relationship didn’t last, and Angie moved on to to Brad Pitt and a whole gaggle of children. What of Billy Bob? He’s been laying low under the radar, but is set to direct an upcoming project called And Then We Drove. There is talk that the film is inspired by the relationship Thornton shared with Jolie. Do tell!

Alas, this is news to Billy Bob. His rep told E! News, “This story is not true. It is neither based on nor inspired by his relationship with Angelina.”

Hmmm…so what’s the deal Billy Bob? The couple are said to still be on good terms, with Billy saying recently at a Berlin Film Festival press conference:

“Angelina’s a wonderful woman and one of my best friends in the world. When people split up, people like to make up stories about how they are against each other. Well, this was never true, it never has been and never will be, and I’ll love her until the end of my life and she’ll love me — as friends.”

Well there you have it. I guess we’ll have to wait and see his movie to find out if their real life romance parlays to the big screen.