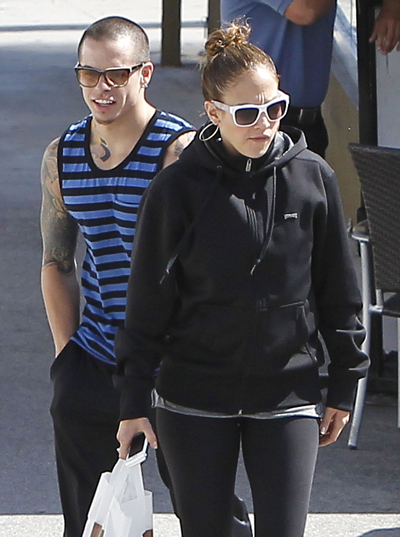 By all accounts, Jennifer Lopez is head over heels in love with her boyfriend of six months, Casper Smart, so much so that some reports claim that the 42-year-old actress and singer wants to marry him and have more babies!

However, according to Intouch Weekly, while 25-year-old Casper has been good for J.Lo’s love life, he hasn’t been accepted into her social circle and has even pushed some of Jennifer’s pals away.

“Jennifer gives 110 percent when she’s this smitten,” said a longtime friend to the magazine. “She’s letting Casper call all the shots and that’s starting to upset some of her friends.” Related: Jennifer Lopez’s Manager Benny Medina Talks About Her Love Life

Reportedly, the singer’s decision to let her boyfriend choreograph her new tour has caused a rift between J.Lo and her longtime tour manager and friend Fabian Herrera.

“There was no way Fabian was taking orders from a kid,” said an insider. “He thinks it’s a bad move on J. Lo’s part and doesn’t want to be involved.”

Casper has supposedly adopted a diva-like attitude around Jennifer’s staff and treated Jennifer’s assistant “like his own personal slave.” That is, until the assistant quit.