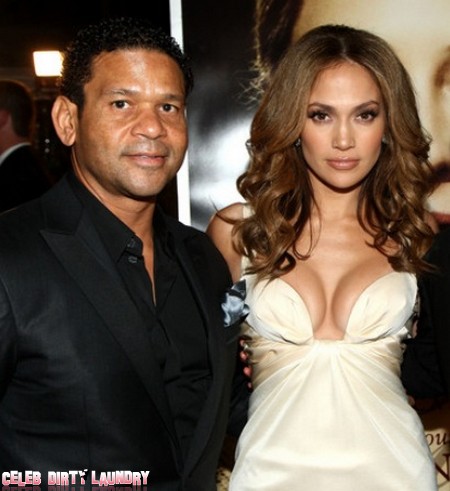 She has a way of turning rebounds into long-term relationships. But Jennifer Lopez’s legendary manager Benny Medina talks to Vogue about how he wishes the singer, actress and American Idol host would slow down before committing to “the obsessive guys” who pursue her.

Medina, who has worked with huge icons like Ray Charles, Prince, and Madonna, helped launch J.Lo’s career in 1999 after—her boyfriend at the time—Sean “Puffy” Combs introduced them. They became extremely close and Medina is now the godfather to the American Idol’s 3-year-old twins Max and Emme.

In the April issue of Vogue, which features Lopez on the cover, Medina talks about the issue that his client tends to avoid in interviews—her love life. Lopez—who is currently dating Casper Smart, a dancer 18 years her junior—has long raised eyebrows with her cereal monogamist tendencies. But Medina says Lopez, who has been married three times, is aware what people think: “She’s not oblivious to her own reality right now, as in, Damn, I’m 42 with a 24-year-old. Why? We talked about it yesterday. She was just like, ‘It’s not even the age, Benny. It’s actually that I just came out of a relationship where I felt like I was kind of not getting what I needed. And I’m open! So somebody who steps in right now and is actually touching me in a way—it’s very fertile ground!’”

But while Medina respects his friends need to be loved and go with what feels right, he does wish she would take a little more time to reflect on her love life and the type of men that she usually goes for—and who go for her: “The thing that I always sort of wished is that she would give herself time to just naturally meet someone,” he says, “instead of having nearly obsessive guys pursue her. The ease with which that obsession becomes a relationship I think sometimes works against her ability to have a real meaningful relationship.”

Medina explains that Lopez is just wired to go down fighting, and to fully submerge herself in something once she gets it in her sights. “She never half does anything,” he explains. “When she commits to anything in her work, her life, or her relationships, she is in it … And I think to her detriment, the will of Jennifer is so strong that she believes that it can actually change who someone is and how they relate to her.”

Read the full interview in April’s Vogue “the Shape issue” out March 19th, or head on over to Vogue.com.