Wes Bentley Talks Hunger Games, Sobriety, And Being A Dad 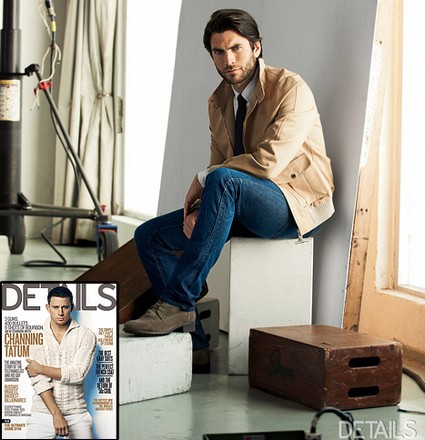 Wes Bentley will soon be seen in the upcoming Hunger Games film, which opens March 23rd.  The 33-year old is probably most famously known (to me anyways) for his role as Kevin Spacey’s next-door neighbor. He slightly dropped off the A-list scene for a little while, and the actor opened up to Details magazine as to what’s been going on and why he needed to clean up his life.

According to the magazine, Wes credits his wife for helping him get clean and quit abusing drugs.

“When I met my wife. I saw then what I have now. I saw life. We met through a mutual friend, and all of us went to an Iron Maiden concert, which is sooo romantic. Eddie the Head [the band’s mascot] just brings people together. It still took me a while to get sober after that, but the switch had happened. We were long-distance for a while, and I’d try to be sober for her, but I ended up withdrawing with her – and I hated that. That’s when I told her everything. She wasn’t mad. She wanted to help.

Of having his 1-year old son Charles:

“I feel so aware of everything -for his sake. Babies are all emotions, so I’m aware of reason because I have to protect him from his lack of reason. I’m aware of society, because I’m getting ready to send him off into it. And I’m aware of what I’m eating because I want to influence the way he eats. It’s truly being alive.”

Let’s not forget about that upcoming film he has coming up.  With such an awesome cast, who wouldn’t want to be a part of that production!  On working with singer (and legend) Lenny Kravitz, Wes admitted:

“We really clicked. We’d talk about acting and music, about his life in the Bahamas, hurricanes. Also how much we love – and really miss – eating burgers. He was getting ready for a tour, so he couldn’t, and I’ve been cutting back ever since I got sober.

Cute – friends who love burgers and chat about hurricanes.  How I would have loved to have heard that converstation.