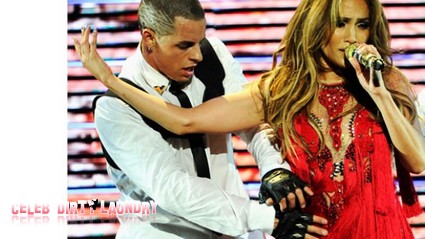 Jennifer Lopez’s new toyboy, Casper Smart, is strictly in it for the sex says a pal close to him: “Casper said J.Lo has an amazing body and she’s in better shape than any other girl he’s ever been with. He said she’s got the body of a 20-year-old. They’re inseparable right now.

“It’s just about sex – and no one’s sure if it has much of a future. But he’s having a good time finding out.”

Casper has been dating JLo in the wake of her split from Marc Anthony, even spending Thanksgiving with her on the island of Kauai in Hawaii, and says he finds people’s idle speculation about their relationship confusing.

He wrote on twitter: “I don’t understand how people can speak on other people or things they know nothing of??!!! #CRAZY. Off to Morocco!!!! “

He has also been retweeting people who have defended the pair’s romance, in particular comments from twitter user @Prettyboymiguel, who wrote: “I think @Caspersmart and @JLo make a really good couple but you know everyones gonna hate cuz when your happy or successful ppl have to hate.”

“Why are ppl judging @Caspersmart no 1 knows how long @JLo was separated be4 she announced the divorce ppl need 2 stop being so quick 2 judge.”

A friend of 24-year-old back-up dancer Casper – who Jennifer met on her world tour – has previously claimed that their relationship is still in its early stages but very physical.

Casper has also been seen with Jennifer and her three-year-old twins Max and Emme at a dance studio in Los Angeles earlier this week, where he drove them home in a Bentley car.

Whatever Jennifer wants to do with Casper is her right – and it’s our right to talk about it.