Is Danny DeVito’s Cheating On Rhea Perlman The Reason For Their Separation? 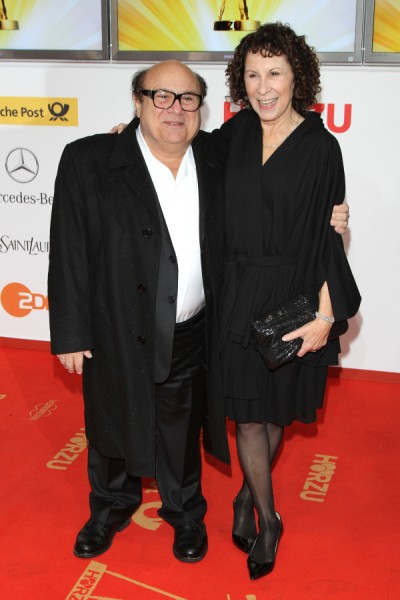 Danny DeVito and Rhea Perlman announced their separation yesterday. I was pretty upset and shocked mostly because they’ve been together forever but also because I was freaking that this might affect It’s Only Sunny in Philadelphia and I can’t have that. A lot of us were wondering what caused the split and Radar Online is here to report any lingering questions about Danny DeVito. Cheating is the word! Naturally! Why else split after three decades? You didn’t think a guy who got blitzed on limoncellos with George Clooney was a saint, did you?

“He may not appear to be a ladies’ man, but Danny certainly gets a lot of female attention,” a source close to the family told Radar. “Danny can be quite the flirt and because of his powerful status in Hollywood, he’s not ashamed to abuse his position and chat-up young, aspiring woman looking to make it in the industry. Despite his reputation as a lovable, funny guy in movies and on TV, Danny’s actually quite the womanizer. And, like a lot of red-blooded males, if he sees an attractive girl in a coffee shop or walking down the street, he will give her the eye. After years of turning a blind eye to it, Rhea finally snapped. She had enough of his bad-boy behavior and wanted an end to their marriage. The break-up has been on the cards for a long time, probably over 10 years, because they haven’t been happy for a long, long time.”

Good for her. Leave him. Take all his money so he has to work on It’s Only Sunny in Philadelphia for ten more seasons! I’m just playing but this is kinda sad. But I’m not shocked. Rhea will forever be Carla from Cheers and Carla doesn’t take this shit! And really things can only get better and taller for Rhea. The best revenge would be a nice face lift and a super tall boy toy – like she should shoot for 5’5″ at least. That will drive Danny crazy!

Are you bummed the couple decided to separate? Danny DeVito and Rhea Perlman are Hollywood royalty but is Rhea making the right decision for herself?