Is Kate Middleton Next? Plot To Kill Prince Charles And Camilla Parker-Bowles Uncovered 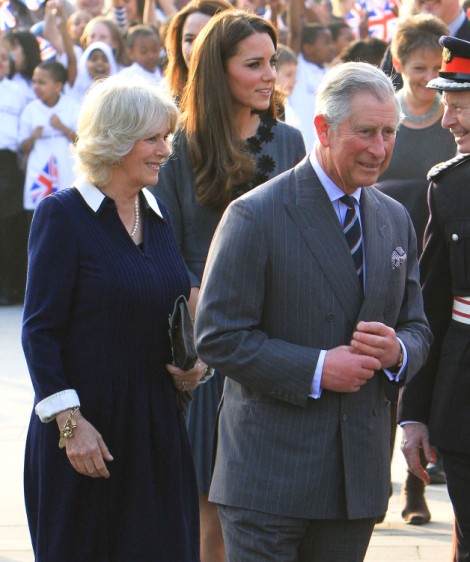 Seventy-four-year-old, Sam Bracanov, was arrested by New Zealand police for allegedly planning to attack the senior royals during their walkabout. Apparently, the old man was a well known anti-royalist and was captured before Charles and Camilla arrived in Auckland. He had a weapon on him but police have not said what it was.

You’d think Charles and Camilla would be comfortable with the angst by now. In 2010 they found themselves in the middle of a student riot concerning tuition hikes and their Rolls Royce was kicked, rocked and attacked as people screamed “Off with their heads!” and “Tory scum”. The Rolls probably didn’t help in that situation.

But before you get all “They should stop down and let Prince William and Kate Middleton take over the thrown” remember that Kate and William had their fair share of anti-royalist protesters in Canada when they visited on their tour last year. It’s pretty much the nature of the beast. Wherever you find a monarchy, you’ll find people who believe there shouldn’t be one. It’s a hazard of the trade and one the royal family is very briefed on. Princess Anne was almost kidnapped in 1974 so it’s always a legitimate concern. Can we blame Prince William for wanting his dad to be King so he and Kate can raise their little ones outside  the immediate glare of the media and the hard core crazies? As much as I want a Queen Kate wearing Kim Kardashian fashions as soon as possible, events like  this definitely put things into perspective.

Would you be worried about anti-royalists? Prince Charles and Camilla kept going with their day and didn’t let the news affect their duties. Does that impress you? Maybe a little bit?