Is Kesha Dead? – No Ke$ha Is Not Dead 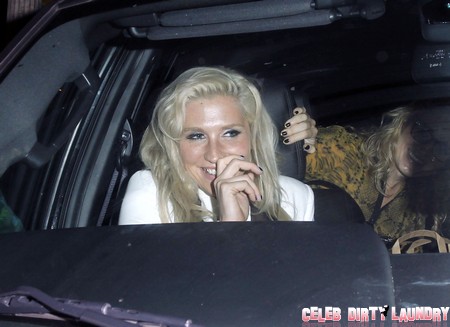 Ke (Dollar sign) Ha – thanks Glee – is not dead. The blonde haired, auto-tuned Kesha, was the victim of another one of these “death” hoaxes. However, the sick fame whores who usually invent these weekly pop culture offerings were not to blame for this one. Ke$ha’s death rumours started swirling in the murky rivers of Twitter, when” #RIPKesha” trended on the famous social networking site. The trend was apparently created by marketing genii at Ke$ha’s record label to promote her new single, “Die Young”. Unfortunately, the marketing strategy served up some heavy critique and pushed the boundaries of ethical promotion. The singer tweeted on Saturday, 27th October, that the death rumours were completely false and that she was safe and sound.

Eddie Murphy, Bill Cosby, Morgan Freeman, and a slew of other well known celebrities have been victims of the weekly “death” hoaxes. These hoaxes are usually reported on social media outlets and stems from the societal obsession with celebrity, memento mori, and the valuable rush of breaking news. These extremely unfortunate individuals create the hash tags to promote the death of a celebrity, gain followers, and to obtain a sense of celebrity.

In our quick fire reality television world, the 15 minutes of fame theory has turned into Russian Roulette for bored junkyard individuals with too much free time on their hands. Fortunately, according to well known sociologists, these frequent “death” hoaxes might be an invaluable look at society’s inner workings.

Ke$ha is not dead, but her star is fading quicker than a dead Bruce Jenner on the Las Vegas strip. Many critics have referred to Ke$ha as “pop music junk food”. Her auto-tuned songs are largely to blame for being the greasy muck in the barrel of her own career gun. What do you think? Do you like Ke (Dollar Sign) Ha? Let us know your thoughts in the comments below.