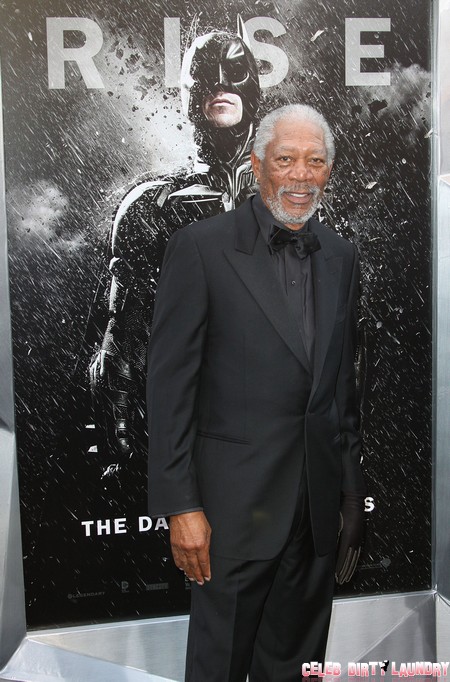 Oh what a tricky place the Internet can be. Word spread like wild fire on Thursday that legendary actor, Morgan Freeman had died, thanks to a Facebook page in his honor. E! News set out to quickly get to the bottom of things and debunk the rumor and by yesterday a spokesman for Freeman set things straight saying, “Morgan is alive and well, and joins the long list of actors who have been victimized by this hoax”.

It’s not the first time that the actor has been rumored to have kicked the bucket. Two years ago the Twitterverse was on fire with news that the actor had passed on. Obviously both stories are a wee bit premature but here’s my question. The Facebook page that was established to tell of his death had 66,000 likes!  Morgan Freeman Dead is not supposed to be happy news, is it? Um people, why are you liking the idea that this guy is (supposedly) dead?  Is it because his best character may have been on the 70’s PBS kids show, The Electric Company? Or is it because he has opted to work with bloated, Botoxed, looney tunes Ashley Judd on more than one occasion?

Oh wait, I bet I know exactly why the love is no longer there for such a solid veteran actor. It’s because he left his wife of a bajillion (okay maybe 30) years in order to be with the woman he was cheating on her with… his stepdaughter (!!), E’Dena Hines!  Ending a marriage is okay if you do it the right way. Screwing the daughter you once tucked into bed at night, not so much. Not only will the public stop seeing your films but they’ll paint you as dead – twice!

Are you still a Morgan Freeman fan?  Tell us in the comments below!