Is Kris Humphries A Homophobic – Or Just A Big Bad Bully?? 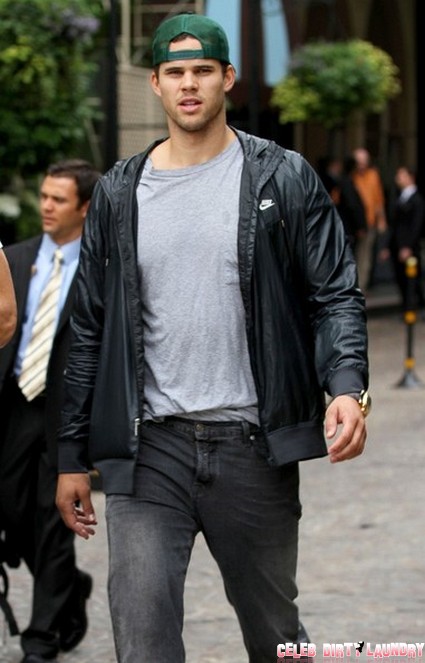 Normally I try to keep my opinions to myself when it comes to the Kardashian clan – although I know I’m not the only person who shamefully buys into their reality lives, once I start I find it hard to stop.

Such is the case with Kris Humphries.  I can honestly say (and again, my personal opinion) that this guy is the biggest douchebag ever.  He’s not only rude and outspoken, but a mean and horrible bully.

In last night’s episode, which I unfortunately made my roommate and I watch in horror, we saw Kris and his so-called ‘I-know-your-gay-even-when-you-say-your-not’ attitude slam all over his wife’s best friend Jonathan Cheban.  Kris seemed convinced Jonathan was gay, even after Jon admitted he was straight – numerous times.  Did Kris leave it at that?  Oh no – he pushed, and pushed and pushed.  This guy is a big fat bully and every week he drags himself further and further through the dirt.

I’ll admit that Kim is allowed to make mistakes, but she should be ashamed of herself for allowing ‘her husband’ to treat one of her friends in such a way.  No wonder there were rumors during filming of an impending lawsuit brought on by Jonathan towards Kris for using gay slurs.  Whether he did or not, we didn’t see it – but I don’t doubt Kris wouldn’t say such a thing.

All I can say is each week it is becoming more and more apparent as to why the marriage was so short.  I’m wondering what took so long Kim?