Is Lindsay Lohan Trying To Look Young Again By Dyeing Her Hair Back To Red? 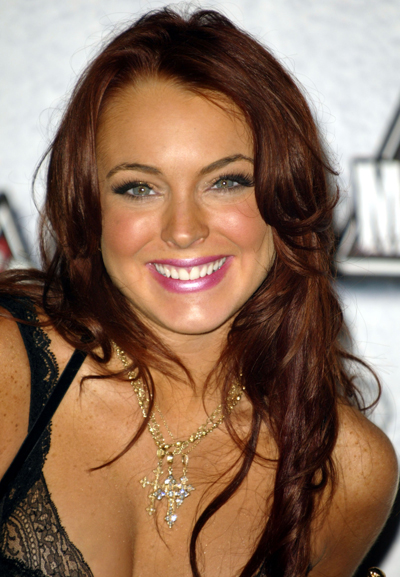 Not too long ago, Lindsay Lohan was a fresh-faced young actress with red hair, who had starred in wholesome teen flicks like Mean Girls and Confessions of a Teenage Drama Queen. (Remember the girl in the photo above, circa 2004?)

However, in recent months, the 25-year-old actress has been looking more like a 40-something Real Housewife with long, platinum blonde hair that some suspected to be a wig and a puffy face that seem as if it has been injected with way too many fillers.

Perhaps Lindsay was fed up with all of the reports about how old she looked, or maybe she just needed a change after a bout of bad press, because the recent SNL host has gone back to her roots — literally!

Lindsay was photographed in Los Angeles this week, rocking red hair again. And even though is her face is still decidely puffy, she (almost) looks like her old self again. Check out the photos over on the Daily Mail’s site.

What do you think: Is Lindsay’s new look an improvement? Or does she still resemble Debbie Harry, albeit with red hair? Let us know in the comments below. Related: Debbie Harry Mistaken For Lindsay Lohan…Yikes!