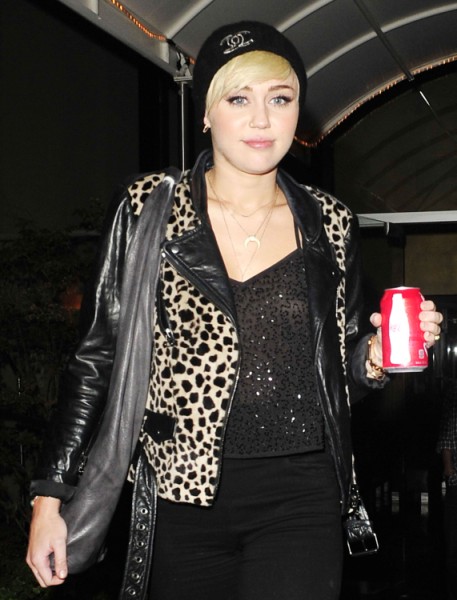 Apparently Miley is itching to take her work home with her. She hired adult film star, Jessie Andrews, to star in her new music video and developed a crush along the way. Liam Hemsworth thought it was cute in a baby chicken sort of way at first but now his manhood has a little case of the Mondays.

“Miley has had a ‘thing’ for Jessie for a long time from watching her porn movies, so she was adamant about finding a way to work with her,” a source told the National Enquirer. “From the moment Jessie showed up on the set, the sexual chemistry between them was red-hot. But Miley didn’t want the flirty friendship with Jessie to end when the video wrapped – she continued to pursue Jessie with calls and texts. A lot of guys wouldn’t mind at all if their fiancee had a girl crush, but Liam knows all too well that Miley can be completely uninhibited. He doesn’t want to risk anyone – male or female – wrecking their relationship.”

Is Miley Cyrus cheating on Liam? Could Miley Cyrus and Jessie Andrews be more than just friends?