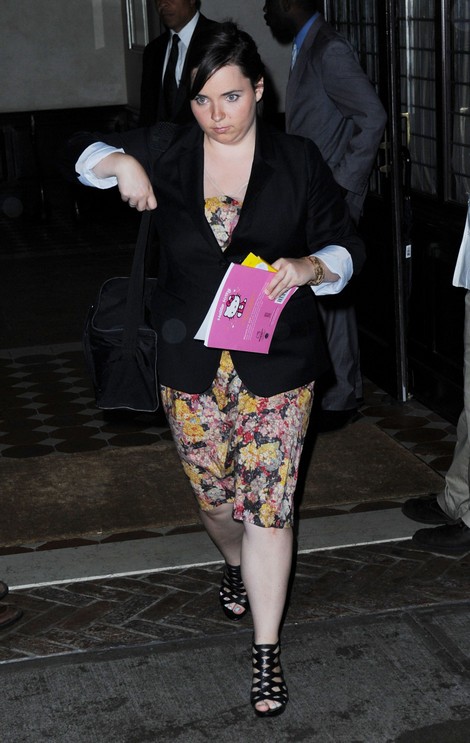 Isabella Cruise officially announced on her private Facebook page that her boyfriend Eddie Frencher signed Sea Org’s (A Scientology boot camp) billion year contract. Yes, you read that right. How it works, right, is you basically pledge your allegiance to Xenu, a despotic alien god that sent Scientologists to our planet, and you sign over your next thousand lives to the infectious spreading of Scientology. It’s much like living in an insane asylum for the next billion years. Eddie is currently undergoing powerful training through the Estates Project Force – which sounds like a couple of estate agents doing one armed push-ups.  Tom Cruise is so proud – Katie Holmes is so relieved she escaped.

Isabella took down the Facebook page, but a friend close to the couple told The Voice that the information is correct and that Frencher has indeed joined Sea Org. There have been rumours that Isabella has been rebelling against her father and his religion which was made by elves in Kristen Stewart’s hair, but now it seems that Isabella would be under intense pressure to finally give in and join the group of Charles Manson wannabes. A close family friend added that Isabella had no contact with Frencher for a couple of days, so she seriously considered signing the contract and joining him. Don’t do it, Isabella! You might look like a voluptuous Justin Bieber, but we can work on that. Your soul is more important!

According to Scientology records, the Sea Org members work 100 plus hours a week for about $40 – $50 a week. They almost never get a day off, except to go buy the arsenic laced Kool-Aid. They are also cut off from friends, family and sanity during this time. After the Frencher/Cruise hiatus, a source told The Voice, “Bella is very serious about following Eddie into the Sea Org.” Dude, this isn’t SpongeBob Squarepants. You can’t follow Patrick into the Pineapple; this is selling away your future reincarnations!

Amy Scobee, a former Sea Org executive told The Voice what type of decision Isabella will be facing, “She’s either going to need to join or that’s it, it’s over.” Whoa, that’s a tad bit harsh there Scobee Doo. This one left the Sea Org in 2005 after witnessing a violent work environment at Scientology’s secretive international base east of Los Angeles. She details many of the first person encounters in her book, Abuse at the Top. According to Scobee, “[Frencher will be doing] five hours of study each day. And then otherwise it’s deck work – either garbage detail or renovations or other menial work. He’ll be eating on a buffet, and it’s not the best food in the world. He will be having to hustle wherever he goes. There’s no TV. It’s going to be a shock for him.” Therefore, it’s much like conclave, isn’t it? Conclave for crazy people and Jim Jones wannabes!

The question was raised whether Isabella joining Frencher would have her go through the same martyrdom, seeing that she is the daughter of Tom “I-Am-So-Friggin-Insane” Cruise. Scobee Doo answered, “Yes! You are signing over your entire life. Every minute of your day is spent there. I didn’t take a day off in 11 years while I was in the Sea Org.”

Scobee predicts, “If she joins, Isabella isn’t going to last long. She grew up with a celebrity lifestyle and now she’s going to clean garbage and never get a day off?”

There you have it Celeb Dirty Laundry readers – Isabella Cruise is going to either get a nervous breakdown, or end up cleaning the muck from underneath a bin where bodies were hidden.  Let us know in the comments below just how insane you think Scientology is.