It’s Already Over Between Bachelor Ben Flajnik and His Fiance! 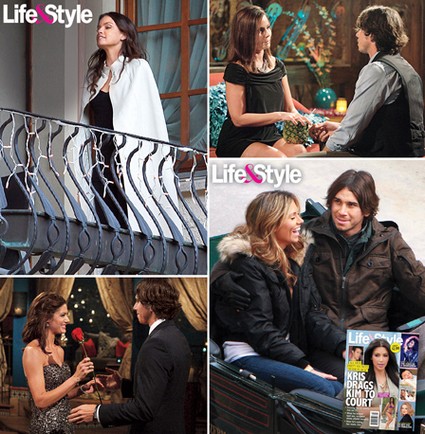 After sending Emily and Rachel home this week, we know that Bachelor Ben Flajnik is going to end up with Nicki Sterling, Kacie Boguski, Lindzi Cox or…grr…Courtney Robertson. Today, Life & Style is reporting via several sources that just three months after they got engaged during the Switzerland Finale of the popular ABC show, things are already over between Ben and his chosen contestant.

“They’ve totally cooled off,” a source told Life & Style. “They often go five to six days without talking. He doesn’t call her, he doesn’t text. She keeps saying, ‘What kind of a fiancé is this?’ In her mind, he’s pretty much dumped her.”

Ben, who has reportedly been spotted post-finale chatting up the ladies at Sundance and in NYC, has been acting very un-attached lately and his new fiancé knows something’s fishy. “[The winner] thinks Ben’s cheating on her,” said a source. “She knows he’s been running around New York with other girls and not calling her. She thinks he’s a coward. She just wishes he’d end it already — otherwise maybe she’ll do it herself.”

However, an insider close to Ben is defending the Bachelor’s recent philandering actions claiming that he was originally very excited to be engaged to the woman that he picked, but started to have doubts as he watched her behavior over the course of the season. “Ben started to feel like he got played,” said the insider. Apparently, Ben is happily looking for a place with friends in New York City and is hoping to resume single life as soon as the finale airs.

I’m not taking the news of this break up too hard, as every spoiler has asserted that Ben chooses that manipulative axe-wound Courtney Robertson in the end. After hearing this gossip, it certainly sounds like that is the case. Robertson is the only one whose behavior is worth questioning.