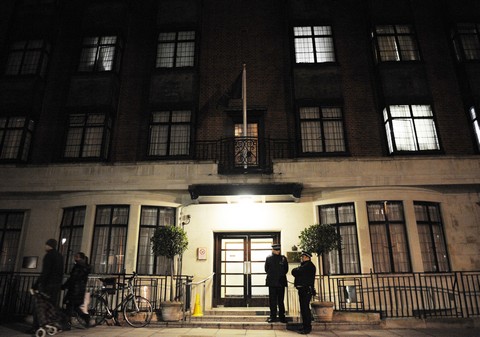 Sad, sad news coming out of London this morning. Earlier this week, Jacintha Saldanha found herself tangled in a prank that included a major security breach. She was the voice on the other end of that phone call that patched a radio DJ pretending to be Queen Elizabeth through to Kate Middleton’s official private nurse. That prank call has been played a million times over across the planet and it seems Jacintha couldn’t handle being made such a global fool as shortly after 9am this morning her lifeless body was found near King Edward VII Hospital, where she has worked as a nurse for the past four years. It appears that she committed suicide and more details will no doubt be forthcoming. According to the hospital she was an excellent employee and it is a real loss to their staff.

“The Duke and Duchess of Cambridge are deeply saddened to learn of the death of Jacintha Saldanha. Their Royal Highnesses were looked after so wonderfully well at all times by everybody at King Edward VII Hospital, and their thoughts and prayers are with Jacintha Saldanha’s family, friends and colleagues at this very sad time.”

Jacintha is now survived by a husband and two children.

Absolute tragedy has spun out of what began as a simple prank by two Australian D J’s, Michael Christian and Mel Greig who wanted to see if they could actually reach royalty.  Will there be any accountability for their actions now that a woman has committed suicide out of the sheer embarrassment that had been brought to her life?  Should something be done?  Should the restrictions be tightened on what broadcasters can do? We’ve all heard a D J make a random prank call, but what happens when the end result is deadly? Tell us your thoughts in the comments below!