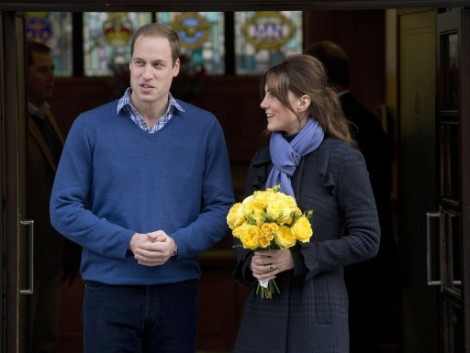 In truly horrifying news, the receptionist working at Kate Middleton’s hospital who took the prank call by the Australian radio station on Tuesday morning is dead from a suspected suicide. The receptionist, who’s name has not been revealed, believed she was speaking to Queen Elizabeth and Prince Charles when instead it was radio hosts Mel Greig and Michael Christian.

According to TMZ: “The woman was found dead at an address near King Edward VII hospital, where she worked, around 9:30 AM this morning. Paramedics were dispatched to the scene but were unable to revive her. Scotland Yard is treating the death as a possible suicide.”

This is beyond disturbing. Let’s forget about Kate for one second. This poor woman was put right in the middle of the celebrity nonsense and had no way of dealing with the fact that she was tricked and ridiculed. She sounded old, right? Kate Middleon’s hospital receptionist was just a normal woman doing her job and two assholes took advantage of her. And who knows if the palace and the hospital came down on her too. Was she going to get fired? I know the radio hosts didn’t mean to cause this magnitude of trouble but this is still so messed up. It’s not like she gave up any pertinent information either. The news made it sound like she told everyone all about Kate’s condition when all she did was say she was sleeping and feeling better. This is sick.

I thought the radios hosts would just get a slap on the hand. Even Prince Charles joked about it yesterday but this new unfolding puts the whole event on a whole other level and it gives Prince William more ammunition against the media regarding Kate’s safety. We thought we’d see Kate Middleton at Christmas and now I’m not even sure that will happen. What a horrible way to start out a pregnancy. I can’t imagine what she’s thinking today. She wasn’t the cause of the suicide but her sickness was the backdrop. This is just a shitty situation all around.