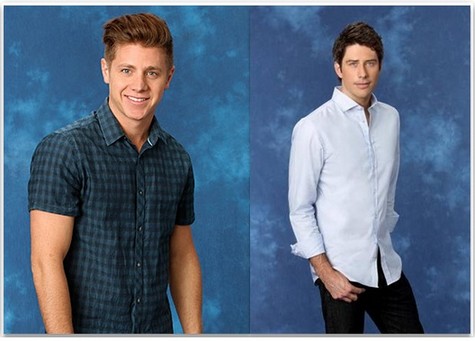 Three short months ago the world watched while The Bachelorette Emily Maynard chose Jef Holm as her reality true love over finalist Arie Luyendyk Jr., and now the spectacle continues following the couple’s break recent break up. Celeb Dirty Laundry reported that after denying rumors of a break up, the couple turned, with a rare display of humility and candor, to Twitter to confirm their parting of ways.

The two reality stars removed each other from their Twitter profile pictures, an all-telling sign. But what could have caused these two healthy and happy young people to steer away from the chapel and each other? We reported that it could have been as simple as polygamy “It turned out Jef might have had some skeletons and some wives in his closet. The tabloids recently reported that Jef’s grandfather had 11 wives and Jef’s dad had about 64 full and half siblings combined.”

Perhaps Maynard, like a good chunk of the American public, doesn’t find a family tree full of floor length floral prints and Katniss braids classy and presidential. Or perhaps Maynard, a millionaire, realized what she was getting by opening her heart to someone allegedly looking for love on national television. Of course since Emily was herself selling her butt on TV for the second time I guess she knew what to expect. Maynard and Holm have gone the way of Ben Flajnik and Courtney Robertson, Ali Fedotowsky and Roberto Martinez, and Jason Mesnick and Melissa Rycroft.

But do not fret, Bachelor/Bachelorette fans, Holm has found someone to nurture him through his split from Maynard. Holm was spotted in Arizona playing golf with Bachelorette reject Arie Luyendyk, his friend and former competition. There’s no bad blood between these two walking haircuts. Holm even sent Luyendyk a shout out via Twitter. Holm tweeted “Just what I needed. Chill golf night in AZ with @ariejr & @trgourley.”

Holm and Luyendyk’s bromance proves that when God closes a door he opens a window. Holm and Luyendyk may have lost the girl, but they have each other, golf, and careers in the spray tan, teeth whitening markets.