Jef Holm Hurting Without Emily Maynard – Wants Her Back!

BY Jaclyn Reid on October 31, 2012 | Comments: one comment
Related : Emily Maynard, The Bachelorette 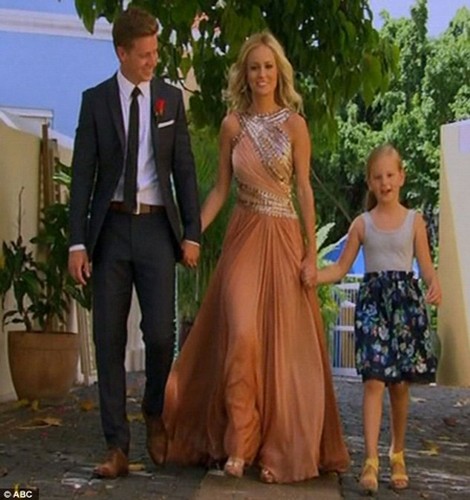 You know that feeling you have in the pit of your stomach when you made the wrong decision? Jef Holm is having that feeling. He and fiancée, the former Bachelorette girlfriend Emily Maynard, ended their relationship earlier this month. Jef seems to be having regrets. According to E! Online a follower of Jef’s on Twitter sent him a message saying “If you have a good girl hold on to her tight.” Jef’s response was “Wise words” They also report that the couple have been spotted together in North Carolina.

The Bachelor and Bachelorette shows don’t have the best track record of lasting relationships. Jeff and Emily had a rocky relationship. There were reports of cheating on both sides and allegations that the engagement was fake. I find it hard to believe that anyone goes on these shows to find love. Just like any reality show stars the contestants are looking for their 15 minutes of fame or some ulterior motive.

In Emily’s case she was probably looking for a father for her daughter Ricki. Following the death of her daughter’s father race car driver Ricky Hendricks, Emily appeared on The Bachelor. She became engaged to Brad Womack, who would later dump her. What’s a single mother to do? Try again. The producers of The Bachelorette must have seen some star power potential in Emily to cast her on their show.  Fans of The Bachelorette thought Emily would pick Arie Luyendyk, who is also a race car driver. It seems Jef snowed her into picking him. Emily is rich. Celeb Dirty Laundry reported that she was given $2 million by the Hendricks family.  The Hendricks threatened to cut her off from the gravy train if she marries someone from a reality show.  So why go on a reality show to find a husband? She wanted fame and this was a great way to get it. Emily never had intentions to marry Jef. Why would she give up the Hendricks’ money for some idiot who is also on tv looking for fame? Her cover was looking for a father figure for Ricki.

Jef is no better than Emily in looking to make a name for himself.  He wanted to get free advertising for his bottled water on a national level. Later there were reports of Jef’s interest in polygamy. He may have wanted to add a rich woman to his harem and set his sights on Emily. If you’ve seen Sister Wives you know that it takes a lot of money to run such a large household. He has a smarmy look about him. Maybe Emily saw through him and picked him because this relationship would get her more publicity? He may have tried hard to woo her for the same reason.

With all the drama surrounding these two why would Jef have regrets? He may have realized he had genuine feelings for Emily and Ricki. Perhaps he needs money for his bottled water business. Or could the bad press surrounding the break up make him look worse than he ever imagined? What ever the reason, I hope Emily doesn’t get sucked back into anything with him. It would be a shame to lose the lifestyle she has become accustomed.