Jenelle Evans and Gary Head Broken Up ONCE AGAIN 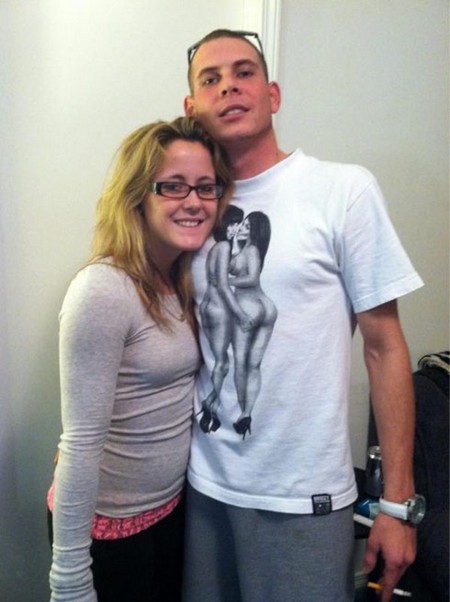 Looks like the engagement between Teen Mom 2’s Jenelle Evans and Gary Head is over once again.  Both Jenelle and Gary showed signs that something was wrong via Twitter mid-afternoon when Gary posted that he was in Wilmington, North Carolina and asked if anyone in the area wanted to hang out. Then he tweeted to James Duffy, “Call me ASAP [Jenelle] deleted your number out of my phone.”

When James replied that he’d call him in an hour, Gary asked, “Are you an jenelle texting?” James replied that they weren’t.  “So numb. Feel like throwing up,” Jenelle tweeted a few hours later.  Gary expressed similar sentiments. “Worst day ever,” he tweeted.

Both parties then went silent until later on tonight, when Jenelle angrily tweeted her version of events. “Thanks to [Gary Head] for stealing my $300 Tiffany necklace… What marine does that ?!”

“Her necklace is at her house hidden until I get my ring back,” Gary made sure to clarify to all his followers.  But Jenelle wasn’t done. “Thanks [Gary] for breaking my door, when [are you] going to fix it?!” she tweeted. “What about my door frame? My $300? The gun?”

Gary blew off her questions without confirming or denying her accusations. “Going to sleep,” he replied. “Some people actually WORK for a living.”

It is unclear what sparked their feud, but an hour earlier, Tori, Jenelle’s ex-best friend and the girl who Gary cheated on her with at the beginning of their relationship, tried to be friendly to Jenelle on Twitter today by complimenting her new boob job, but was rebuffed by an obviously still angry Jenelle.

Gary then felt a need to interject. “I like how you told Jenelle I called you. That was a lie,” he tweeted to Tori.

Tori denied this, however. “Don’t even start anything Gary.. and I haven’t talked to her until today and all I said was nice boobs,” she shot back.

Sounds like big trouble in paradise for the notoriously volatile on-again, off-again pair.