Jennifer Aniston Is Going Back To John Mayer 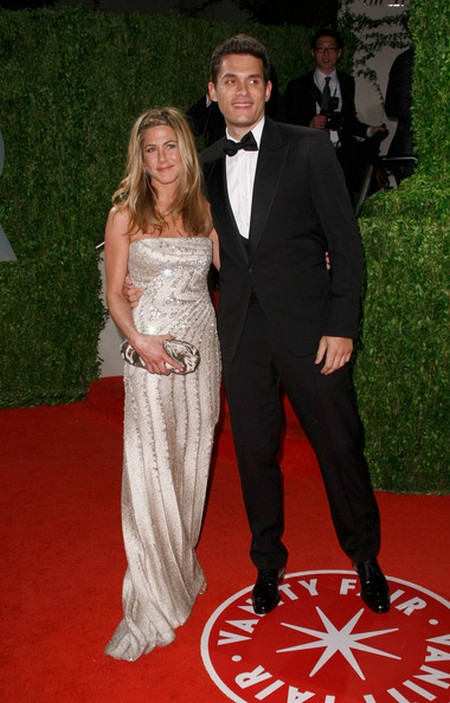 It was reported this week that the relationship between Jennifer Aniston and Justin Theroux appears to be cooling off. Rumor has it he is in contact with his ex, Heidi Bivens.  This is a response to Jen’s obsessing over her ex, Brad Pitt’s engagement, and it has made him take a big step back.  This has caused Jen to reach out to another of her exes, none other than John Mayer.

These two split years ago but John went on the record saying his new song, “Shadow Days” is about his love for Jen.  OK! Mag print edition spills:

“He has never really gotten over her,” discloses a friend. “When Jen heard he’d written a song about their breakup, she immediately downloaded it and listened – and the tears were rolling down her face. Jen has a lot of wonderful memories from her days with John, and they all came flooding back.”

Upon hearing the song Jen got emotional and texted John saying, “the words in the song are so beautiful” and he reportedly texted her back.  According to one of Jen’s friends, “She is desperate to see John again. She realizes a piece of her heart still belongs to him. They’re sending each other a lot of flirty texts and it’s obvious John still has very deep feelings for her.”

Do you think Jen and Justin’s relationship is on its last legs?  Do you see Jen and John rekindling their romance in spite of it not working out the first time?  Who belongs with whom in this twisted puzzle?  Tell us what you think in the comments below!