Jennifer Aniston Reported 6 Months Pregnant – Is It A Boy or Girl? 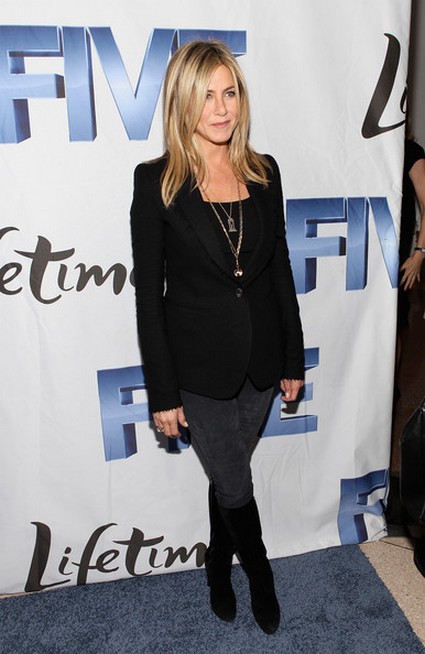 Jennifer Aniston is reportedly six months pregnant with her first child and the father is supposedly Justin Theroux. This would be happy news for Jennifer since she has gushed about how much she loves boyfriend Justin and how he is her perfect man – and also how much she wants kids… . At 42 years of age Jennifer realized that the possibility of pregnancy and motherhood was moving away from her so she grabbed Justin and did what she had to. There were reports that Jennifer and Justin sought fertility treatment last year – and she quit smoking.

Last week Jennifer was spotted with an apparent baby bump which she tired in vain to hide under an especially large coat. Additionally, Hollywood Life reported that when last seen Jennifer’s breasts had the look of a pregnant woman’s.

Although Jennifer denied she was pregnant when she and Justin were photographed exiting a clinic, the fact that she has skipped several high-profile Hollywood events recently, notably the Golden Globe Awards, says otherwise. Normally you couldn’t keep a fame-lover like Jennifer away from such an event. Jennifer and Justin moved from the Los Angeles area and share a pad in New York City. This might have been a strategic move designed to help steer clear of paparazzi which are much more difficult to avoid in Los Angeles.

Look Magazine reports a friend of Jennifer saying: “She wouldn’t have wanted to make a big deal but she must be so excited. If anyone ever asked if she was worried about running out of time, she’d reply, ‘I’m absolutely having kids there’s not one doubt in my mind.’”

Privacy in matters of family is a nice thing and we respect Jennifer and Justin for keeping this quiet. At least they are not nauseating us like Beyonce and Jay-Z did with Blue Ivy – by behaving as if they were better than all the rest of us and had given the world the second coming.