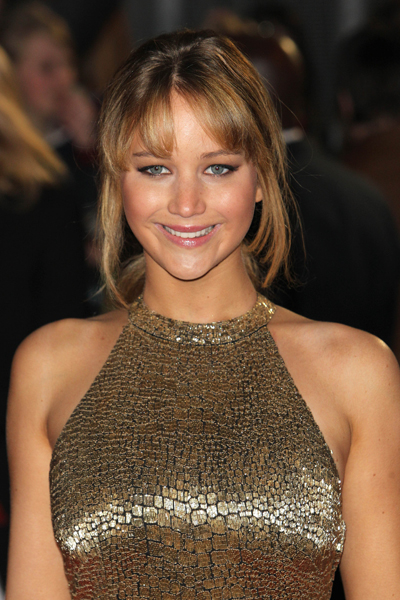 Can you imagine a future society where instead of watching reality stars like Kim Kardashian and Coco Austin whine about their love lives on E!, celebrities are forced to fight each other to the death for our televised entertainment?

That’s sort-of the premise of the new film, The Hunger Games, as the movie’s plot revolves around Jennifer Lawrence‘s character Katniss being forced to compete, along with 24 other kids, in a televised battle to the death, until there’s just one winner left alive.

In a recent interview with Parade Magazine, the 21-year-old actress compared the spectacle of the film’s battle scenes, which are televised throughout the fictional country of Panem, to the media hype surrounding Kim Kardashian’s divorce.

“I was watching the Kardashian girl getting divorced, and that’s a tragedy for anyone,” Jennifer told the magazine. “But they’re using it for entertainment, and we’re watching it. The books hold up a terrible kind of mirror: This is what our society could be like if we became desensitized to trauma and to each other’s pain.” Related: New Hunger Games Cli- Katniss In The Training Center

And while we doubt that Kim’s “pain” from her divorce is the same as the kind that a person might feel while getting brutally bludgeoned to death, we see Jennifer’s point. We just hope that Kim is smart enough to never find herself on a battlefield with Ice-T‘s wife. We think Coco could take her!