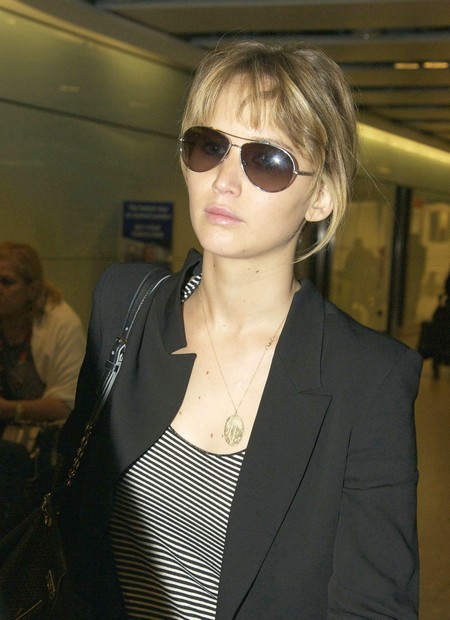 Fans just can’t seem to get enough of Jennifer Lawrence!!  Not only is her gorgeous self gracing the cover of the Rolling Stone Spain May issue, but it’s just been announced that the Hunger Games actress managed to pull in not one, but two nominations for the 2012 MTV Movie Awards.

She is being nominated for Best Female Performance and Best Kiss.  Jen will be battling it out for the first against Emma Stone, Emma Watson and Rooney Mara – but my bet has Jen winning by a long shot.  Those Emma’s don’t have a chance against Jen’s amazing portrayal of Katniss Everdeen in this year’s blockbuster film.

As for Best Kiss, I hate to say it, but her and Josh will be battling it out against two of my front runners, Kristen Stewart and Robert Pattinson of that other little known film franchise Twilight: Breaking Dawn Part 1.  Oh, this one hurts my heart.

Kristen and Rob usually dominate the awards, but it appears as though this year they are going to have some stiff competition.  They’ve won the award the past three years in a row, taking home the golden popcorn trophy for each Twilight film they’ve made.  So will this year be any different?  Well, you know my vote.  I love the chemistry between Jen and her co-star Josh Hutcherson (who plays Peeta Mellark in the film), but they are just no match for my Edward and Bella.

The two films will also be competing in the Best Movie category, so this year is going to be pretty darn exciting.  I’m going to go with Twilight across the board – it’s just the way it is folks!