Jennifer Lawrence Was Peeing In The Woods During ‘The Hunger Games’ 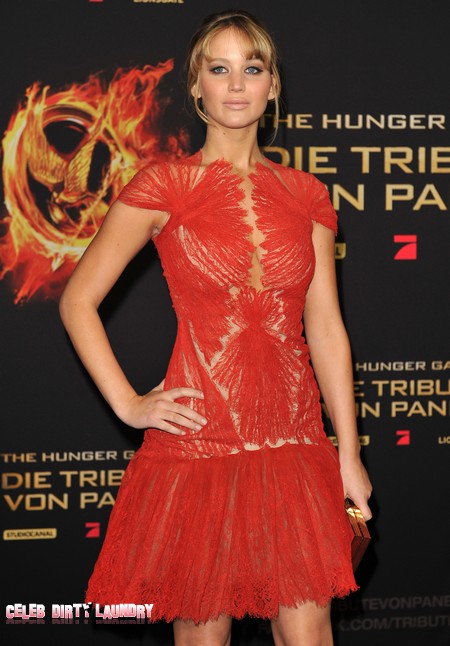 Jennifer Lawrence is proud that she “peed in the woods” during filming of the ‘The Hunger Games’.  The 21-year-old actress who plays heroine Katniss Evergreen in the movie adaptation of Suzanne Collins‘ book trilogy admits that she was so desperate for the toilet that she peed in the woods.

Jennifer said: “I peed in the woods. But there’s only portapots around and we’re in heavily wooded areas. I was in the woods and we had disposable toilet paper.   I was raised peeing in the woods!”

Not shy about her bathroom behavior Jennifer kept the confessions coming.  The former Oscar-nominee says she often skipped showers while on location – she must have smelled like something gone rotten.

In an interview with ‘Unscripted’ she stated: “We were shooting long hours and sometimes I would show up with the same blood and dirt on from the day before because I was tired. So I didn’t shower, I wasn’t very clean.”

Part of the Hunger Games was filmed in Transylvania in Romania and the rural set has some serious danger!  Not only were the stars subjected to poor personal hygiene conditions but they faced deadly bears and wild turkeys.  Yes – deadly wild turkeys!  Okay bears too…

Jennifer told the Chicago Sun-Times:   “There were bears there and lots of them, including mothers and baby bears.  There were also wild turkeys, who were funny. We had an assistant director who had to run around and scare the turkeys away. But after a while, they weren’t scared of him anymore.”

Do you get the impression that Jennifer is trying to increase publicity for the film?  I mean do we need to know that she was filthy and peed in the woods?  Can you see Meryl Streep or Angelina Jolie going on about their toilet habits?