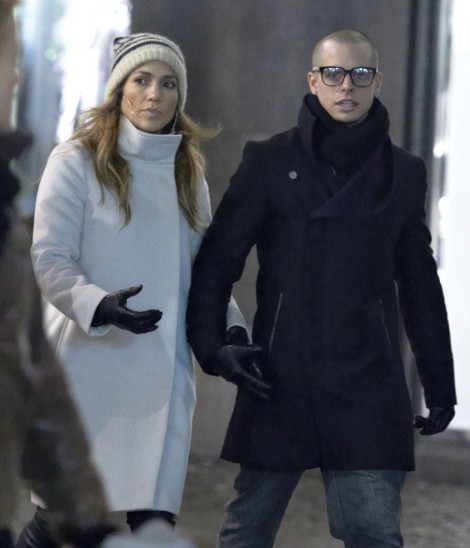 Everyone’s pregnant this week! Baby dust all around! So now Kate Middleton doesn’t just have Kim Kardashian to moan to about swollen feet and midnight cravings because Jennifer Lopez’s pregnant as well. That’s one busted lamaze class if I ever saw one.

According to OK! magazine, Casper Smart will soon be Daddy Casper (and I’m sorry if you just threw up in your mouth a little bit). But apparently, Lopez’s flabby abs and lazy work ethic are starting to get her people talking.

“A big giveaway is her abs,” an insider told the magazine. “They’re usually rock-hard, but there’s an obvious bump there now. She’s scaled back on intense dance moves. Her people suspect something’s up.”

Speaking of Christmas miracles, if the 43-year-old pop star makes this happen with Casper Smart then I no longer believe in Santa because he would NOT do this to us. I actually don’t believe she’s pregnant. She’s on tour and I’ve seen no evidence of bumps anywhere but that doesn’t mean she doesn’t want it to happen. I have no idea why Daddy Casper is still in the picture but he definitely is so I still think they’re engaged. Jennifer Lopez really likes to be engaged, and by her track record, she doesn’t really care to who.