Jim Carrey Fires Back At Jenny McCarthy: I Didn’t Abandon Your Kid!

BY Danity Donnaly on June 6, 2012 | Comments: one comment
Related : Celebrities 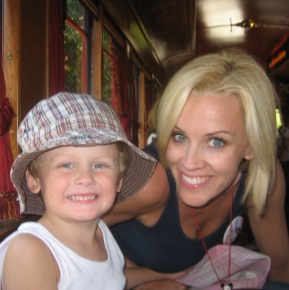 Jenny McCarthy, Jim Carrey’s ex, recently accused the actor of abandoning her autistic son Evan and now, Jim is firing back! Evan, who grew to love Jim over the course of five years that Jenny and Jim shared together, is unhappy that Jim isn’t in his life anymore and so is Jenny. Carrey basically says too bad, too sad, the kid is not my son, yo!

Ok so he didn’t say that, but he did release the following statement to ABCNews.com, “I will always do what I believe is in the best interest of Evan’s well being. It’s unfortunate that Evan’s privacy is not being considered. I love Evan very much and will miss him always.” What he really wants to say is I’ve got my own life now get your new man to fill in as the daddy role.

It all started when Jenny told Howard Stern’s radio show on Monday, “I’ve tried to ask [Carrey] numerous times [to see Evan], because my son still asks.” She added that she tried to go through various channels (ahem, publicists and the like) to convince Jim to see her son, but it’s been a no go.

She said as we reported earlier, “As a mother, you just hope when you have a relationship with someone, it has nothing to do with the child when you break up. I tell [Evan] that someday you’ll cross paths, meet again … [but] it’s hard. He’s been in therapy. It’s a process, he’s working on it.”

So what do you think? Should Jim play a part in Evan’s life? I mean Jenny did refer to Jim once as the “autisism” whisperer”.