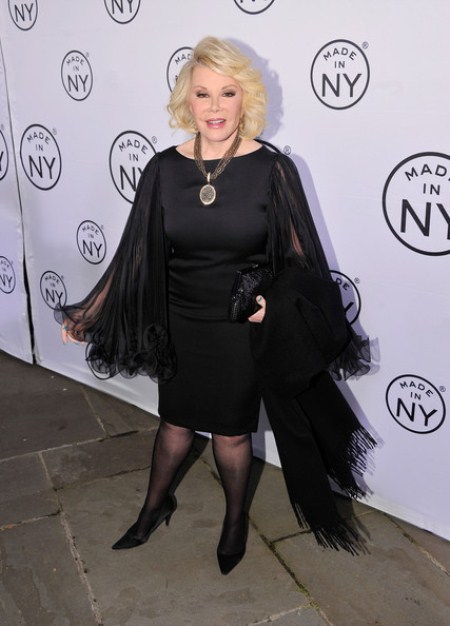 Joan Rivers makes some serious perfect timing with insulting the Royal family by making a remark on “The Late Show” about how Prince William and Kate Middleton’s relationship won’t be lasting, according to our source; you know, with it being the Queen’s Jubilee this past week.

The main reason why Joan thinks the marriage is doomed is because of the ring, the big old diamond and sapphire ring that weighs around 18 carats and that’s a f*cking lot! Joan explained to David Letterman exactly why their relationship is doomed. She imitated the prince’ voice and said “Sweetheart, I want you to have my mother’s ring,” it does seem like something nice, giving the person you love – the ring your late mother once owned.

But Joan thinks that it’s not all that nice when your mother was Princess Diana and that his parents relationship fell apart and everyone in the world witnessed it happen. Joan told both Letterman and the audience “My mother and father hated each other, they think my brother was somebody else’s, my mother was crazy on drugs, tried to kill her-self… good luck!”

In my opinion I think that Joan’s comment makes no sense whatsoever. The ring of course belonged to Prince William’s late mother whose relationship sure didn’t last with his father, but that doesn’t mean that the ring will end his relationship with Kate. It’s completely stupid, a ring is not at fault for the end of a relationship, only the people who are in the relationship can be blamed.

Furthermore, what does Prince William’s brother, mother crazy on drugs or trying to kill herself have to do with his marriage to Kate?

Sorry Joan, but this time, your humour was boring and in bad taste!