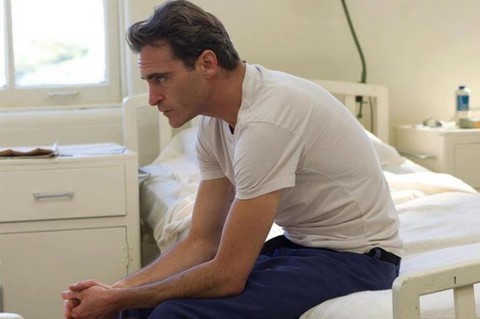 In the race to the Oscar finish line, several films have been touted as possible front-runners in both the nominations and the potential winners. One such film, the Paul Thomas Anderson-directed “The Master” – starring Joaquin Phoenix – finally received the recognition it deserved last night from the Los Angeles Film Critics Association, one of the most prestigious award ceremonies during the award season period. The film received an award for Best director, Best actor, and Best supporting actress for Amy Adams. Unfortunately, The Master did not take home the title of Best film and instead received the runner-up position – Michael Haneke’s Palme D’or-winning “Amour” received the Best film award.

The LAFCA is infamous for always awarding the less front-running films – the 60 Los Angeles-based film critics awarded “The Descendants” the Best film award last year, while the Academy awarded “The Artist” the title of Best film. The LACFA also awarded Terrence Malick’s existential and non-linear drama, The Tree of Life, awards for Best director, Best supporting actress, and Best cinematographer during last year’s award season – Malick’s masterpiece was largely snubbed by the Academy, but won almost all of the smaller film awards.

The Master is loosely based on the controversial religion of Scientology and tells the story of an energetic, zealous religious leader – played by the exceptional Philip Seymour Hoffman – and his rebellious protégé – played by the masterful Joaquin Phoenix. The film has, since its release on the 14th of September, 2012, received widespread critical and commercial acclaim, making it one of the most important and most polarizing films of the year. The heavy thematic content, and the hard-hitting narrative, are blended almost perfectly by Paul Thomas Anderson – a director known for the absurd elegance of the 1999 masterpiece, Magnolia, and also the sexually charged 1997 porn expose, Boogie Nights.

The Oscar season is heating up, and we’re glad to see that less predictable films such as The Master is taking high honours at the most prestigious film ceremonies in Hollywood. The film might not win an Oscar on the 24th of February, 2013, but history has proven that an Oscar-winning film is not necessarily the best film of the year.

Below is a list of the LACFA Awards to give you an idea of what we might expect come 2013’s Oscar season: