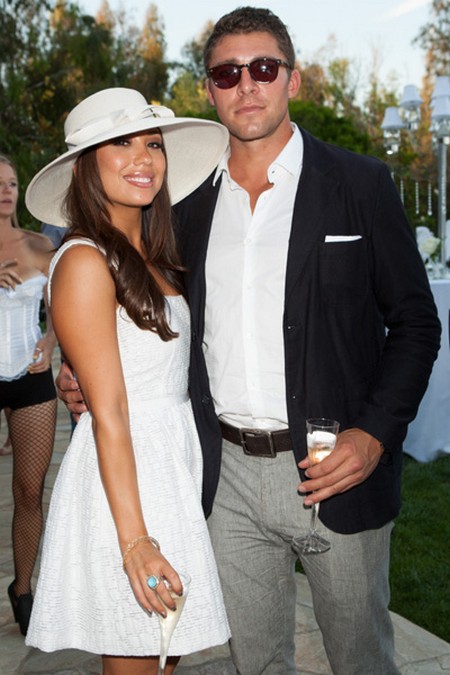 Cheryl Burke’s boyfriend, Joffery Lupul, plays hockey professionally for the Toronto Maple Leafs.  Cheryl of course is a professional dancer and TV star thanks to Dancing With The Stars where she was the first female professional to win the competition.

Joffrey Douglas Sheldon Lupul is a Canadian of Romanian descent who plays forward for his NHL team.  Joffery has also come out against homophobia by appearing in a video designed to battle homophobia in sports.

Cheryl had success on DWTS with  both 98 Degrees’ Drew Lachey and retired NFL great Emmitt Smith.  According to People, Burke has been having a rough stretch with the boys lately and was considering desperate measures to address the problem – a stint on The Bachelorette.  Now that is desperation!

The couple met this June after the NHL Awards in Las Vegas at Del Mar race track – guess they both like horses… or gambling?

Apparently the lovebirds were caught kissing and snuggling while they watched the races.  People reports that ‘during an afterparty at a private estate they sipped Patron cocktails and mingled with jockeys and stars, including Natasha Henstridge, Laura Prepon and the Real Housewives’ Gretchen Rossi.‘

Well there you have it – Cheryl is hooked up with an athlete.  Let’s see how this plays out.  What do you think of Cheryl’s match?  Let us know in the comments below.