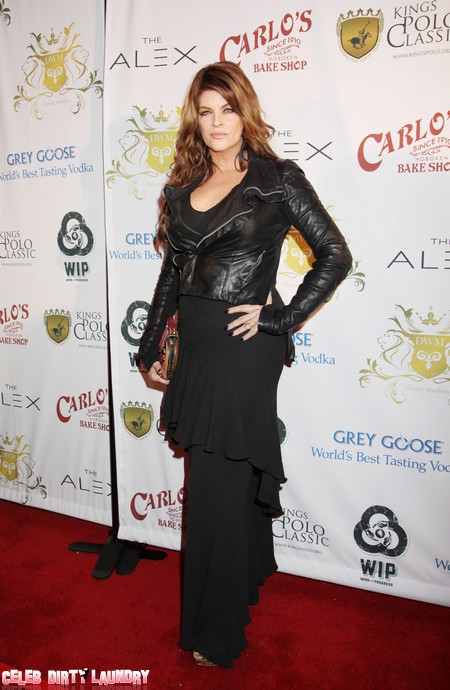 Kirstie Alley has stepped in to try and convince John Travolta’s wife, Kelly Preston, not to leave him after he was caught in gay sex for money scandal.  According to sources Kirstie has turned into a marriage counselor extraordinaire and she is having some success at helping her fellow Scientologists reconcile.  Kirstie, John, and Kelly are all members of the Scientologist cult and these people really stick together!

John walked out on Kelly, their 12-year-old daughter Ella Bleu and year-and-a-half-old son Benjamin several weeks ago on the third anniversary of the tragic death of their 16-year-old son Jett.  Even worse, as we reported here at CDL, John was caught and exposed trying to buy gay sex and this made Kelly furious.

John has a secret gay sex life that is ‘out of control’ – and Kelly can’t take it anymore.  According to author Robert Randolph:  “John should come out of the closet already and stop living a lie. His wife Kelly deserves much better!”

The National Enquirer reports:  After The ENQUIRER’s recent bombshell disclosure that Travolta, 58, was caught in a gay sex scandal, the twice-divorced sitcom legend rushed to the rescue.

Kirstie begged her BFF Kelly not to do anything hasty – and she also demanded that John clean up his act.

“After the scandal broke, Kirstie dropped everything and assumed the role of the Travoltas’ marriage counsel­or,” an insider told The ENQUIRER.

The burly massage therapist – who passed a lie-detector test – said the ac­tor had answered his Craigslist ad and hired him for a $200-an-hour mas­sage. The encounter reportedly turned ugly when Travolta began touching the man, who rebuffed his sexual ad­vances.

The actor then allegedly suggested a three-way romp that would include a sexy female “model-type.”

The massage therapist threatened to call the police, and Travolta fi­nally backed off. But he insulted and belittled the masseur before paying him $800 for his time.

“Kelly was furious with John af­ter yet another cheating story made headlines,” said the source. “When she demanded an explanation, he at­tempted some lame excuse. But this time Kelly told him it was the last straw and that she was leaving.”

Broken-hearted Kelly turned to her close friend and fellow Sci­entologist Kirstie for a shoulder to cry on – and the 61-year-old sitcom queen has been doing all she can to patch their marriage back together.

“Kirstie managed to calm Kelly down,” revealed the source. “She begged her not to make any hasty de­cisions because of their two children. “Kirstie told her pal, ‘Even with all his faults, John’s a good man, a good father and he loves you with all his heart.’

Will John and Kelly make it back together as a family?  Should they?  Let us know in the comments below.