Johnny Depp and Vanessa Paradis Back Together? 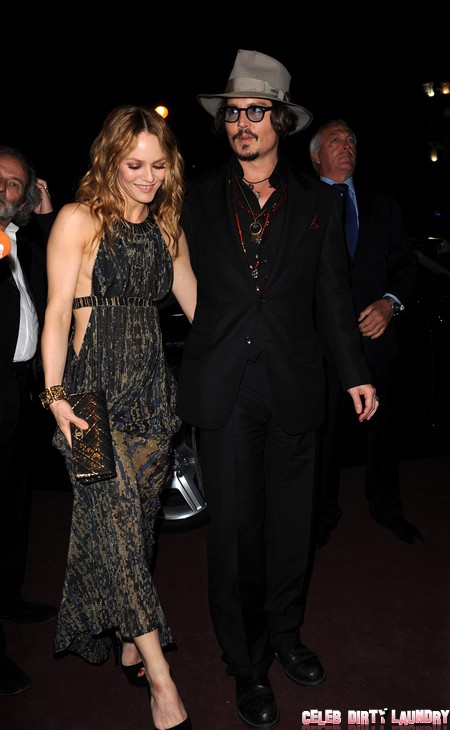 Johnny Depp and Vanessa Paradis met up at their mansion in the south of France last month and looked extremely affectionate towards one another. The typecast actor and his ex-partner made an effort to be amicable towards each other during a daytrip to Plan de la Tour market with their kids, Lily-Rose and Jack. A local bystander said, “They were joking around [and] at one point, Johnny held Vanessa’s hand!” Oh joy.

A friend tells Us Weekly that the two aren’t planning on getting back together and split amicably after a 14 year de facto marriage. The insider says, “They were both relieved they got along well. They are looking forward, not backward.” Is this a case of “exitus acta probat”? Is the result of the split, validating the initial deed?

Vanessa is living in Paris, where her parents and sister are also located. It’s actually quite remarkable that this whole split didn’t turn into another Cruise/Holmes saga and that Depp and Paradis have the children’s well-being at heart. They are able to share quality time at their French Riviera place of solitude and are able to heal – as would any two people with an intimate history attempt to accomplish.

Depp was recently spotted in Hollywood for an Aerosmith concert and looked less gaunt and haunted than in previous pictures which were snapped of the actor.

We’re really pleased to learn that these two have set their differences aside for the kids’ sake and are behaving like mature adults, unlike Cruise/Holmes. Let’s just hope they keep it that way… Let us know in the comments below what you think of these two. Will they ever be able to reconcile and enter into a relationship again?