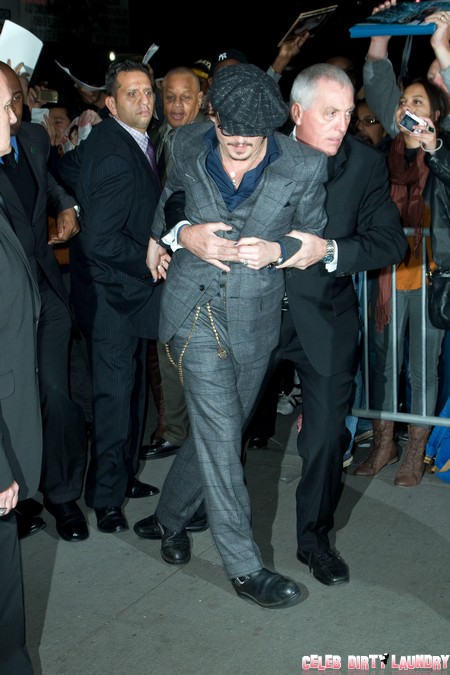 Johnny Depp can officially breathe a sigh of relief –  back in April the Pirates of the Caribbean actor was dropped with quite the embarrassing lawsuit.  Why so embarrassing you ask?  As we reported here at CDL a woman by the name of Robin Eckert sued Johnny back in April – for exposing her ‘buttocks’.  Yep, that’s right.

Apparently she claimed that Depp’s bodyguards assaulted her at an Iggy Pop concert last year, dragging her through the crowd and onto the ground. I guess in doing so she ended up getting her knickers in a knot.  Ok, that was a good one!

So let’s get it straight – she was no doubt drunk, got a little aggressive and stumbled when Johnny’s guys tried removing her.  No wonder the case was dropped!  The judge has dismissed the case, claiming that Robin had no justification for filing anonymously. You see, she initially filed under the name “Jane Doe” and the judge is saying she now has 20 days to file under her real name.  Wow, she just get’s classier and classier. In the original lawsuit, “Jane”, a medical student who also says she is handicapped, claimed that at the concert Depp and his entourage became confrontational with her for no reason.

Somehow I highly doubt that Johnny was fretting in his pants over this one!  The judge also threw out punitive damages because she failed to show how the incident occurred with advanced knowledge. Yes, because Johnny Depp was out to get her.  Righhhht.