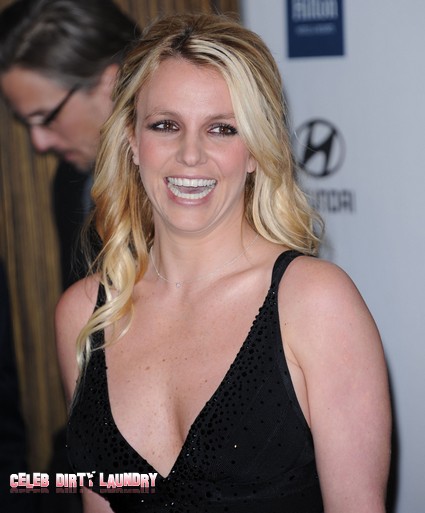 Poor Britney Spears is really tired of being stuck under everyone’s thumb. A conservatorship has been in place for nearly four years now, meaning Britney’s father and fiancé are jointly in control of her life. Any decision involving work or money is up to them and Britney has grown frustrated with having to play “Father may I?”  She believes she is fully capable of running her own affairs on her own terms and recently met with the judge handling her situation.  Sadly, the judge and Britney’s psychiatrists disagree…

Hollywood Hiccups reports via Radar: “Britney told Judge Reva Goetz in her chambers with her court appointed attorney, Sam Ingham present, that she is ready for the conservatorship to end,” a source close to Spears tells RadarOnline.com exclusively. “Britney said she doesn’t understand why it’s still in place and expressed her belief that she has got to be the only person under a conservatorship that has managed to land a 15 million work contract. Britney wants the conservatorship to end, it’s fine with her if it stays in place as far as her business and professional life, but she wants to call the shots when it comes to her personal life.

Do you think that Britney has really stabilized her life and grown up enough to take control or would she backslide if left to her own devices?  Is it time for those around her to start to hand her back control a little at a time?  Tell us your thoughts in the comments below!