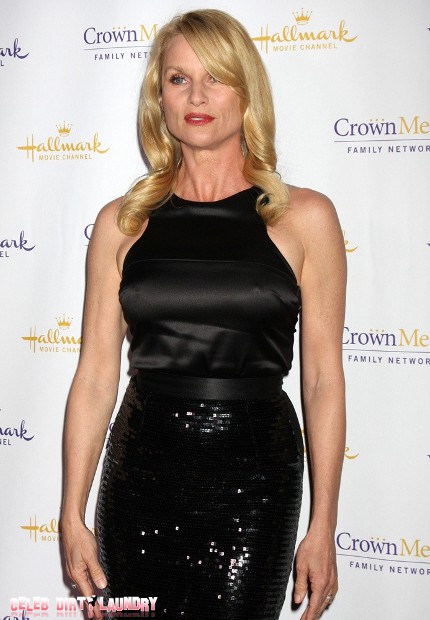 Nicollette Sheridan has been dealt another blow to her ongoing trial (and non-existent career) with Touchstone Television involving her “wrongful” firing from hit (ex) television show Desperate Housewives.

An appeals court decided that the retrial would have ruled in favor of Touchstone Television and completely scrapped the retrial which was scheduled for September. In March, a jury deadlocked on the $4 million case which was supposedly owed to the desperate actress for being illegally fired (and killed off) after she bitched about Marc Cherry (show creator) for slapping her in the face.

Eight of the twelve jurors sided with the cranky Sheridan and the judge decided on a deadlock and re-scheduled the money-making wrongful dismissal trial for September. Touchstone lawyers argued that Californian law “precludes wrongful termination lawsuits when an actress’ contract option is simply not exercised,” according to The Hollywood Reporter.

At the lack of a better description, this is a massive slap in the face for Sheridan, as the trial judge will adhere to the Court of Appeals’ decision and issue a directed verdict at Touchstone. All is not finished on this Wisteria Lane, as the lippy blonde Sheridan can fail again reconfigure her case as a labour law violation under OSHA law (seriously, who names these laws? Yoko Ono?) and attempt to sue Cherry all over again.

This trial started as a $20 million suit and ended up in shreds. If it smells like reality show fodder, it most probably is reality show fodder. One thing is for certain, Marc Cherry walks away with a huge win and Sheridan ends up with a facepalm and no career. I heard the Real Housewives of Failed Careers is looking for a new cast member, Sheridan should apply.