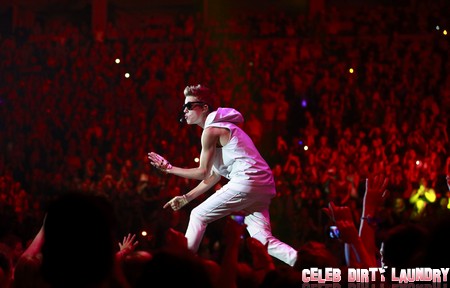 Justin Bieber is in a Twitter war with the dirtbag who stole his computer and camera while the Biebs was on stage in Tacoma this week. In addition to the public threats and trash talk Justin and @gexwy are engaged in, there are direct messages each references but no idea what the exact nature of these are as of now.

What is clear is that the thief is threatening to release all of the videos from Justin’s computer. Justin’s tweets came first but then @gexwy began to lash out and threaten to release the stolen material.

Justin’s first tweet from October 10th read: “yesterday during the show me and my tour manager josh had some stuff stolen. really sucks. people should respect other’s property.” Then followed immediately with a tweet that “i had a lot of personal footage on that computer and camera and that is what bothers me the most. #lame #no respect.”

After the Biebs broke the news, a heated exchange ensued with @gexwy posting two videos on YouTube for all to see. One shows Justin clowning around backstage at a concert venue with friends. The second shows a very, very young Justin pointing out a window at a screaming mob of teen girl fans.

Looks as if the thief wanted to demonstrate he wasn’t bluffing and has the goods on Justin. He then taunts Bieber saying “good job with the password protected” and calls it “weak.”

Next came this volley from the blackmailer/thief: “and i’m looking at the rest now. all of it” – what’s all of it? Billions of Beliebers want to know!

The torture continues as @gexwy doesn’t let up adding: “wanna see the rest of the footage from his camera” then “very real” and next “and I got the real videos.”

Then @gexwy attacks Justin’s tour manager Alfredo Flores with “i got the vids of u too. nervous?” At this point I want to know are there vids of Alfredo and Justin up to shenanigans together or did he steal both of their cameras and has videos independent of each other?

The blackmailer then dropped another YouTube video and tweets: “recognize this? I got more. so much more.” But this 44 second clip seems to be a repeat of an earlier one. Does he have less than he reveals or is he just a sloppy curator of the stolen video archive?

Next @gexwy reveals he or she is more than one person tweeting: “notice us and answer your dms or we are going to put the other videos from the camera out!” Moments later they add: “i have them all. r-read your dms.”

Looks like at this point the Biebs answered back via DMS and the thief isn’t happy with the reply. Seven hours ago – around 4 pm EST, 1 pm on the West Coast, @gexmy lashes out with: “i got your stupid dms. i don’t think so. so gonna show the world. TOMORROW!”

Then five hours later he issues a repetitive ultimatum – @gexmy said: “TOMORROW. u’ve been warned. should of listened.” Hey idiot thief – did you mean “should have?” as in “you should have not ditched freshman English?”

At this point the Biebs breaks his Twitter silence and hits back with: “no matter what you have and what you post tomorrow i know my fans wont leave me. screw it. #toostrong” Wow! So what does this guy have? Should Justin be afraid for realz?

The thieves hit back with three more tweets in rapid fire:

“haha. that is what u think. we will see tomorrow at NOON. last chance.”

“and the rest of u can just shutup. u have no idea what i have and when u see tomorrow u will feel different.”

I suspect if @gexmy has anything embarrassing – whether it’s rated R or not – he’ll let it fly. This guy seems to not be a Biebs fan!

Wonder what conversations Justin and Selena are having tonight? Wonder if the FBI’s been called in?

WOW! We’ll keep monitoring the blackmailers Twitter and give you any updates. Otherwise, looks like we’ll have to wait until tomorrow to see what goods this guy’s got and whether he’ll really publish them. 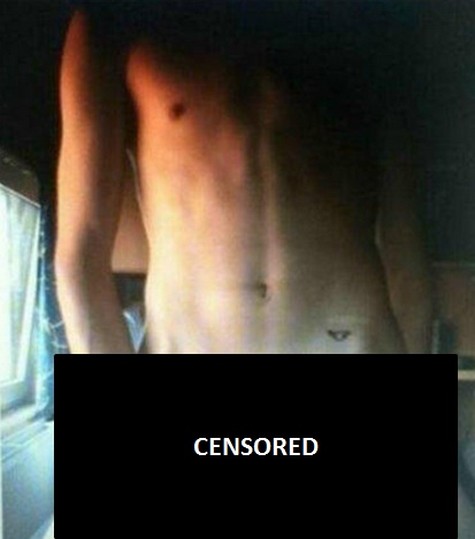