Justin Bieber: Desperate To Be King of Pop 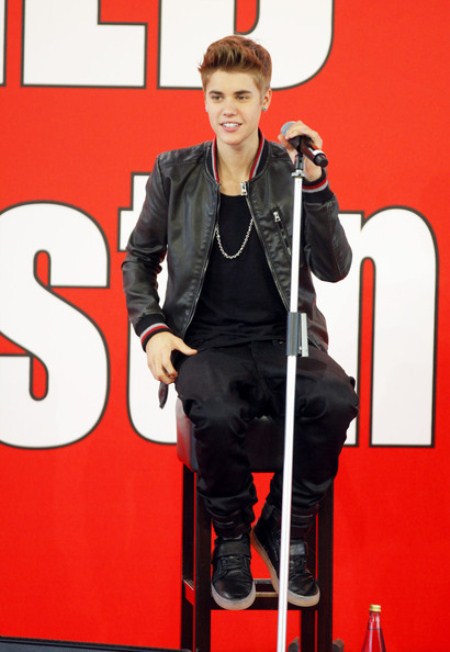 Everyone surely remembers the whole scandal between Justin Bieber and a girl named Mariah Yeater; she accused Justin of being the father of her child. Well, apparently on Justin’s new album, “Believe”, he has a song titled Maria and this song is about the whole ordeal he went through with Mariah Yeater.

In a recent interview with Billboard, Justin admitted, “That’s my Billie Jean.”

I think maybe someone is trying a little too hard to be like the next “King of Pop”, Michael Jackson. Justin has already copied the whole glove on one hand fashion from Michael; then in London this week he copied him again when he wore a mask and now he’s copying Michael by titling a song, by a girl who accused him of being the father of her child; pretty much the same concept as Michael’s song, “Billie Jean.”

Just because Justin tries to dance and sing pop music doesn’t mean he will ever be the next “King of Pop”, he’s only capable of being a Jester at most times, because he is such a joke. Really, this guy just has to get over himself and stop trying to ruin his crappy image even more.

The only thing Justin has is a swarm of screeching zombie like teenage girls who have no idea what “real” talent is. Here’s some advice Justin, “try writing your own songs and stop using auto tuning, maybe be original and make something iconic yourself.”  Or, he may just end up being one of those D-Listers who ends up on “Dancing with the Stars”.