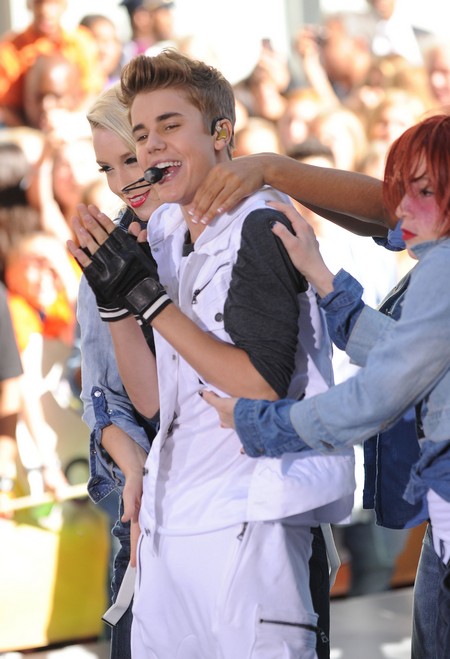 This week will be a huge one for Justin Bieber as on June 18th he is set to debut his new Girlfriend. Is the teen star ditching his former Disney Channel love, Selena Gomez? Can we say that Justin Bieber has a new girlfriend?

The week is also big because  the day after his fragrance lands in stores, Bieber’s latest album will also drop.  The young superstar’s  publicity machine was in full force last Friday when he gave a free early morning concert at Rockefeller Center, broadcast live on The Today Show.  It gave his fans a little preview of the new tunes coming next week and saved parents a handful of cash at the same time.  I’m sure the money they saved on mini concert tickets will be handed right over for the new goodies this week though.

Expect to see an overload of Bieber next week as his fragrance campaign budget alone is estimated to be around $20 million dollars!  There is also a huge social media blitz expected, as Bieber’s Twitter followers alone number over 22 million.

Will you be jumping on the Bieber bandwagon and buying his new fragrance?  Admit it, you’ll be stopping at your favorite fragrance counter to at least catch a whiff of it, right?  Tell us your thoughts on Bieber’s new “Girlfriend” in the comments below!