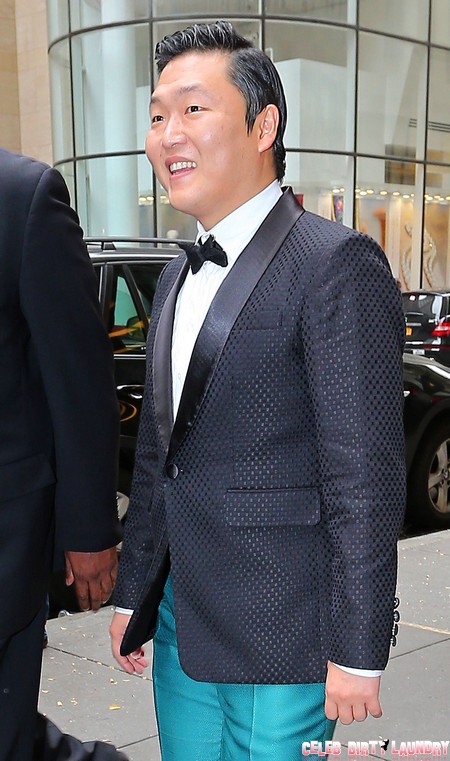 We regret ever doing Gangnam Style in front of our window and realizing that the slither of silver wasn’t a shooting star, but a stalker with a hunger for mind games. If only Psy didn’t release his mega hit hot mess, we’d still be typing away without having to compete with the encroaching smell of chloroform. We’ll do this quickly, so before we’re taken to a 7-Eleven and gutted in front of the Lay’s, read on to find out whom Psy is planning to collaborate with in the sparkly music universe.

South Korean born Psy has been able to put his country on the map for reasons other than Kim Jong-un and North Korea’s dictatorial pressure. He might be one of the biggest stars in the music universe right now, but his star is quickly fading and crumbling under the one-hit-wonder pressure. If Psy does not deliver something worthwhile within the next few months, we might see a rogue South Korean drifting away into the distant galaxy of music like an orphaned Russian kid. Enter Justin Bieber, the biggest and brightest supernova in the music universe.

According to a report in UK based newspaper The Sun, “Gangnam Style rapper Psy has hinted that he has recorded his next single with Justin Bieber. [He said] his next single will feature more English lyrics and a huge guest star.” Could this mean- Yes. Could this be – Yes. Will our lives – Most definitely, yes. The rumour is still just that, a rumour, but a Psy/Bieber collaboration could kick this Slumdog Millionaire story to stratospheric heights. Psy was directly asked whether Bieber would be his guest star, and he responded, “I cannot tell you who it’s gonna be with, but I’m working with someone else right now and it’s going to be huge.” According to Scooter Braun, Justin and Psy’s famous manager, “It’s not Justin.”

Well, who then? It could also be, and we’re just spit balling here, Madonna? Psy performed with Madonna on her year-long world tour several times, so this “huge guest star” might be the mother of pop. She is, after all, the equivalent of a pulsar star –beeping like a bitch in the great divide, with no one around to hear her, except a rogue satellite made in Japan.  Whomever Psy chooses in the end will have a polarizing impact on his career. This casting choice could cause his little star to implode on itself and become a black hole, sucking the life out of every star around him.

Oh well, at least Psy’s star had its moment in the universe, Justin Bieber or not.