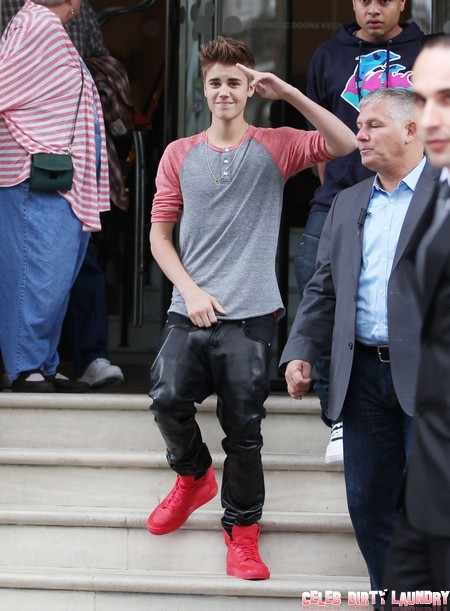 Despite his niche as a performer, Justin Bieber has come out as a philosopher. Yes, the same boy man who doesn’t know the continents and is “not going for the Sixteenth Chapel.”  In a recent interview with Rolling Stone, he branched away from comments on Usher and a role model and tips to keep hair perfect after having escaped a mob of hormonal girls. Justin talked about something close to his family—abortion.

Mama Justin Bieber, also called Pattie Mallette, told the tragic story of her teenage years in an interview with Kathie Lee Gifford yesterday morning. She explained how she came to be pregnant with Justin, and her thought process that followed: “I’ve learned it’s normal and natural for anybody who’s been through sexual abuse to carry that shame and that blame and feel like there’s something wrong with you. So I definitely carried that.” This shame resulted in a “culmination of, you know, built up over the years with the abuse and the pain and at the time I was messed up with all the drugs and alcohol. I was in a depression and the drugs and alcohol kind of spurred that on some more.”

Before she was even an adult, Pattie got pregnant and was told to have an abortion. “I just knew I couldn’t.” She said. “I just knew I had to keep him. And, do the best. I, you know, I didn’t know how I was going to do it. But I just knew that I couldn’t, I couldn’t abort. I had to do my best. I had to see what I could do. And I was determined to do whatever it took.”

Justin also commented on abortion, explaining, “Well, I think that’s really sad, but everything happens for a reason. I don’t know how that would be a reason. I guess I haven’t been in that position, so I wouldn’t be able to judge that . . . I don’t really believe in abortion. I think it is a human. It’s like killing a baby.”

No matter what the “answer” to abortion is, Justin speaking against it, even in cases of rape, is quite out of his field. Kind of like whenever celebs insist on talking about matters of law, life choices, medicine, or politics – areas in which they have no particular expertise.  A perfect example is that idiotic Scientology freak, Tom Cruise, telling people on national television not to take medication for their mental illness.  I hope that Beliebers won’t take Justin’s opinion to heart in making any decisions about critical matters affecting them.  Justin won’t be around to help with the consequences.