Not The Brightest Crayon In The Box: David Letterman Ridicules Justin Bieber (Video) 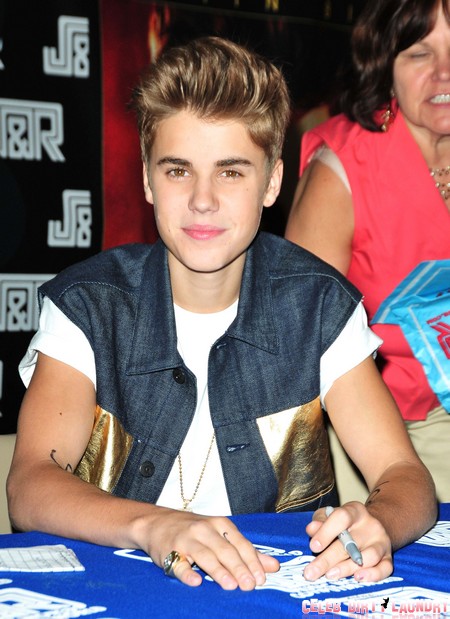 Have you ever heard of the ‘Sixteenth Chapel?’ Justin Bieber has and according to him it was painted by Michelangelo. The young mega star showed up on the David Letterman Show last night to pimp his new album and fragrance, both out this week.  He sat down and began showing off his new ink.

Dave was not impressed and acted like a disapproving father.  He grabbed Bieber’s arm pretty hard and began to lecture the 18 year old saying, “Don’t go nuts [with the tattoos] … because more and more you see like the mural … like the Sistine Chapel, it’s too much.” Bieber recovered quickly from the arm grab and responded with, “I’m not going for the Sixteenth Chapel.”  Dave chuckled and said, “Canadian high school.”

I know that Bieber is busy counting his money and kissing Selena Gomez, but it wouldn’t hurt him to at least be aware of one of the most famous places on earth!   It makes me wonder what kind of education he actually has received.  Was he tutored on the road and was gifted with passing grades or did he decide he didn’t need a formal education since his pockets were already lined with cash?

It makes me wonder if it just an off moment for Bieber or if is there a lot of common knowledge type things that he is clueless about.  Like we saw before on Letterman when Justin was pretty much clueless about the planet on which he lives. What do you think, is Bieber smart in what he does, but not much else?  Or does Scooter Braun do all the thinking?  Tell us in the comments below!