Did Justin Bieber And Selena Gomez Break Up On Instagram? 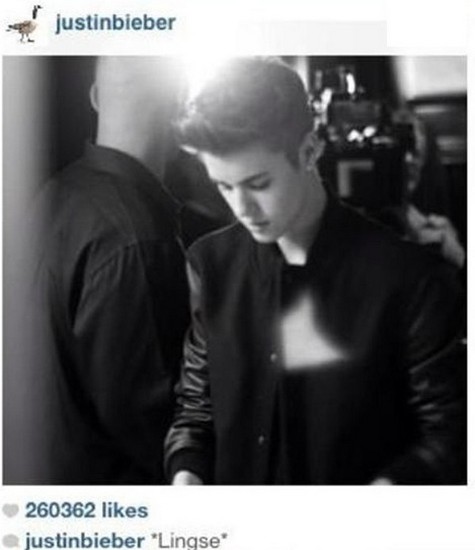 It seems like there’s been a countdown to the Justin Bieber and Selena Gomez split for awhile now and Justin may just have confirmed the inevitable.

On his Instagram page, Justin posted a pic of himself with the caption, “Lingse.” He quickly deleted it because that’s what Justin does when he lets his little girl emotions run away with him but it was too late. We got the pic and can only guess that “Lingse” actually means “single”, right? According to Anythingdiz, Justin left up another picture with the caption: “just me”. Clearly subtlety isn’t Justin’s strong suit.

So… did Justin Bieber and Selena Gomez break up then? It kinda feels like it. This is totally a Justin move. He loves to get all hot and bothered and post things for millions to see and react on but then ten minutes later remove them because it was the childish, dumb ass thing to do. He did it last spring when he tweeted, “thank you for the time i had with you but i have to move on now..” but then deleted it right after. Later, his manager, Scooter Braun, said the tweet was a fake. So in a couple hours are we going to hear that this instagram caption was a fake too?

To Selena’s credit, she’s keeping quiet. She actually hasn’t tweeted in a little under a week. Is she nursing a broken heart or living up her new found freedom on the set of the Wizards of Waverly Place reunion? I’d like to think she’s breathing a sigh of relief now. Sure, dating a superstar was probably fun, but all first loves have got to end. The fact that she hasn’t tweeted herself looking all sad sack in bed surrounded by her stuffed animals makes me respect her all the more. I’m sure Justin won’t disappoint with that one.

Are you surprised/upset it’s over for Justin and Selena? Who do you think Selena will rebound with – someone older and taller?