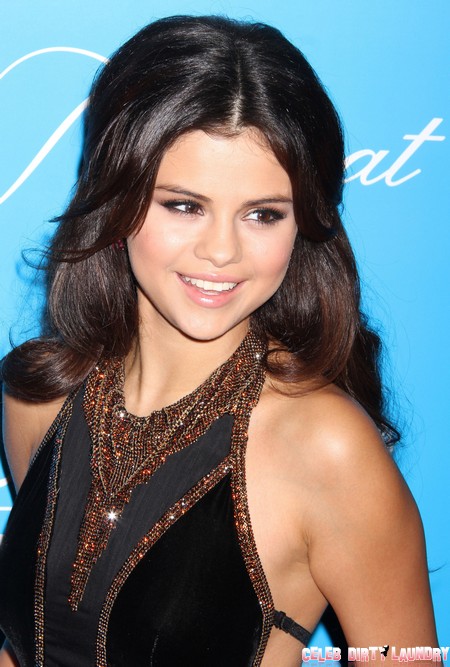 Justin Bieber and Selena Gomez have been acting like abused Cabbage Patch Dolls, but according to new reports, the couple is back on track – for a while, at least. The two have been spotted out and about in California, eating, clubbing, drinking, and reconciling, and have, for now, put those dodgy cheating rumours to rest.

According to a source, “They have a two-week rule – they won’t go longer than that without seeing each other. That means going on dates, walking on the beach, going on ice cream runs and just being kids. Selena doesn’t want to share him. She said he can’t have girls or models back to his hotel room.” You go girl! You put that studded foot down and stop him in the name of love!

Allegedly, it wasn’t Selena who came up with the two-week rule, but her bestie and resident man-eater, Taylor Swift. According to word on the street, Taylor “coaxed” her BFF into restoring faith in her lover. We must say, although we despise Taylor more than we despise Bruce Jenner, the young singer was the only person so far to restore the unsalvageable Gomez/Bieber ship. Now if only the fame whoring man-eater could focus on her own love life, the world would be a much, much better place.

We’re uncertain whether the Swift glue would hold together this finicky bond, but we are certain that Bieber and his future wife are working together like a well-oiled machine, for this generation and the next. Their PR people will also finally be allowed to take holiday, after they so badly screwed up during the mid-November breakup that had Twitter abuzz with rumours of Bieber’s infidelity and alleged sideline hanky panky.

It’s a time to be festive, and a time to be jolly, so hopefully we’ll survive this Christmas season without having to witness the Gomez/Bieber ship hit that iceberg between Boney M and infidelity. What do you think, though? Do you think these two will survive the tides of hysterics and gossip? Let us know your thoughts in the comments below.

Oh, and if any of the Boney M members are reading this – a Boney M album bonfire will be held next week. You’re more than welcome to join!