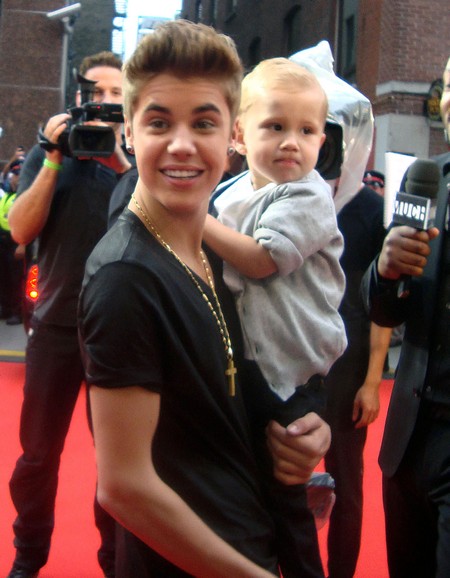 During an interview with Fabulous magazine Justin said that his UK fans are very different compared to his fans in the USA saying: ‘The girls definitely have dirtier mouths over here.’  Better than making fun of British accents like he did on a previous visit.

Don’t tell me they used “big” boys’ words like f*ck or s*it in front of him? Poor little Justin might obviously get very upset hearing such bad words… if it’s just what they said, then I don’t see why it’s such a big deal. Really, even if for some reason the UK fans yelled out that they wanted to rape him, so what, it’s not like they are going to act on it, he’s just really so immature.

In Bieber’s “little” interview, he made reference to Americans being too serious and not accepting, but wouldn’t be specific! Hell, he could have left his little interview at calling UK girls dirty and not picked on America since they are the ones responsible for his success. Where’s your loyalty Biebs?