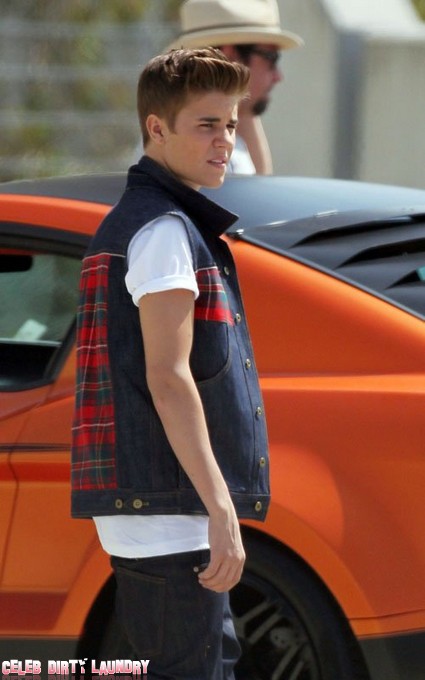 Justin Bieber has taken a very public swipe at the woman who accused the teen of fathering her child last year. He launched the attack on Twitter yesterday letting Mariah Yeater know in no uncertain terms that they’ll never EVER be together.

Mariah hit the headlines late last year when she accused the then 17 year old pop star of fathering her young son Tristyn Yeater. She said they had sex backstage at one of his concerts and that’s when the child was conceived. Justin denied meeting the 20 year old Californian and eventually took a DNA test to prove he wasn’t the Dad. And the story was dead and buried  – until now.

It’s bizarre that Justin is revisiting this legal stoush. He should be focusing on his new single and album. He spent Saturday filming a new music video in Los Angeles. Girlfriend Selena Gomez dropped by and the couple looked all lovey dovey. But hours later he was reminding his millions of Twitter followers about the paternity scandal. Get over it Justin – move on. It probably won’t be the last time someone tries to make a quick dollar off you.